Finally, Akhil Gogoi has come out of jail hours after the Titabor Sub Divisional Judicial Magistrate granted him bail in a pending case.

The KMSS president came out of the Jorhat Central Jail at 5 in the evening to be greeted by hundreds of KMSS activists who were eagerly for the moment.

The lower court granted bail to Gogoi a day after police shifted the KMSS president from Guwahati Central Jail.

Judicial magistrate Abhijeet Kumar Baruah granted bail on a personal bond of Rs 10,000 on Monday after examining the medical reports of the KMSS president and the case diary filed by the Titabor police.

Gogoi was airdashed to Jorhat jail on Sunday after police got transit remand of the KMSS president in connection with the Case No 17/14 registered on February 3.

25 Aug 2014 - 7:20pm | Hantigiri Narzary
Protest continued in Lower Assam as well in the state against killing of Priya Basumatary, a Class X student by NDFB(S). Hundreds of students, activists and commoners participated in silent...

15 Jan 2015 - 6:28am | editor
Yet another chance awaits the North East to showcase its culture, tourism potential and exclusive traits in New Delhi. The national capital is all set to host a mega North-East festival in April.Tour... 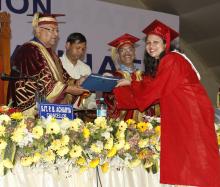