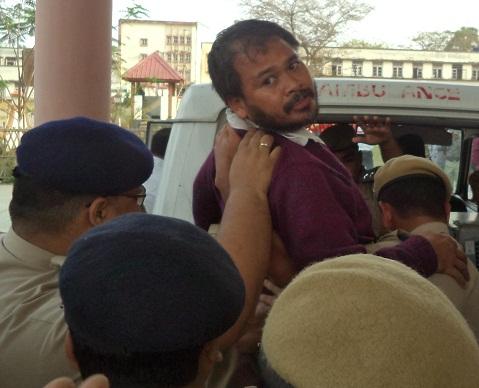 A lower court in Titabor has remanded Akhil Gogoi to 14 days judicial custody after the KMSS president was arrested on Sunday.

When produced before judicial magistrate in Titabor, Gogoi was sent to the Jorhat Central Jail in the afternoon.

The court further asked police to produce the case diary and the documents of medical treatment to the KMSS leader.

Gogoi was rushed to the court by an ambulance after being air dashed to Jorhat.

The KMSS leader is likely to move a bail petition before the court on Monday. The development came two days after the Gauhati High Court granted bail to Gogoi in all cases.