As the nation prepares for the next general election, Journalists' Forum Assam (JFA) has urged all political parties to show their sincerity towards the implementation of various welfare schemes to media persons engaged in both print & electronic media. The Assam based scribes' body also insisted on enrolling a special protection laws for journalists on duty in the election manifestos of all political parties.

Expressing grave concern over helpless working condition of media persons, particularly the private television journalists of northeast India, the JFA has urged both the Indian Union labour ministry and province governments of the alienated region to look into the matter. The forum argued that nearly 80% working journalists of the region are still performing their duties with pitiable salaries (read monthly financial package), unlimited working hours and without any facilities recommended by the country's labour laws.

The JFA in a statement issued by its president Rupam Barua pointed out that the reporters and camera persons, engaged with the satellite news channels of northeast India, have to work in a vulnerable atmosphere with low wages, more than 8 hours working period in a day, without weekly off-day, no leaves in need and with no facility for life & health insurance coverage.

Assam hosts all the seven privately owned satellite news channels of the region which beam news & other programs in various languages like Assamese, English, Hindi, Bengali and various regional languages to virtually cater the need of over 60 million populace of northeast India, bordering Bhutan, Nepal, Tibet (China), Myanmar and Bangladesh. The region has more than 100 morning dailies in different languages. Whenever the demand for higher financial packages for the privately-owned television channel employees is put forward, the owners argue that they are running a loss-making business. Similar versions are also being aired by the newspaper owners time to time that they are not earning money from the media business.

The views of the owners of media outlets in the region have been contradicted by Assam Media Employees Federation (AAMEF) alleging that most of the news channels & newspapers managements prepare their loss-making balance sheets after hiding huge amount of money at the sources.

"Except few, it's a common practice for all the media barons to divert funds from the collected amount of money from the advertisers to other non-media enterprises owned by them. Thus the owners continue siphoning away the essential resource of the media groups for their selfish interest only to showcase the media business as an unprofitable endeavour," asserted Hiten Mahanta, president of AAMEF. Welcoming the recent Supreme Court (of India) verdict upholding the constitutionality of the Majithia Wage Board for journalists & non-journalists, the AAMEF advocated for full implementation of the recommendations of the statutory wage board in every print media house in northeast India.

Meanwhile, the JFA raises demands for a social media audit in the region where the readers/viewers can find a transparent picture of the financial dealings involved with their favourite news papers and news channels. The media audit should address many vital issues relating to the media market in the country. It would also help the journalists and non-journalist employees to get their due benefits supported by the law, the statement asserted. 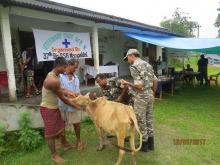