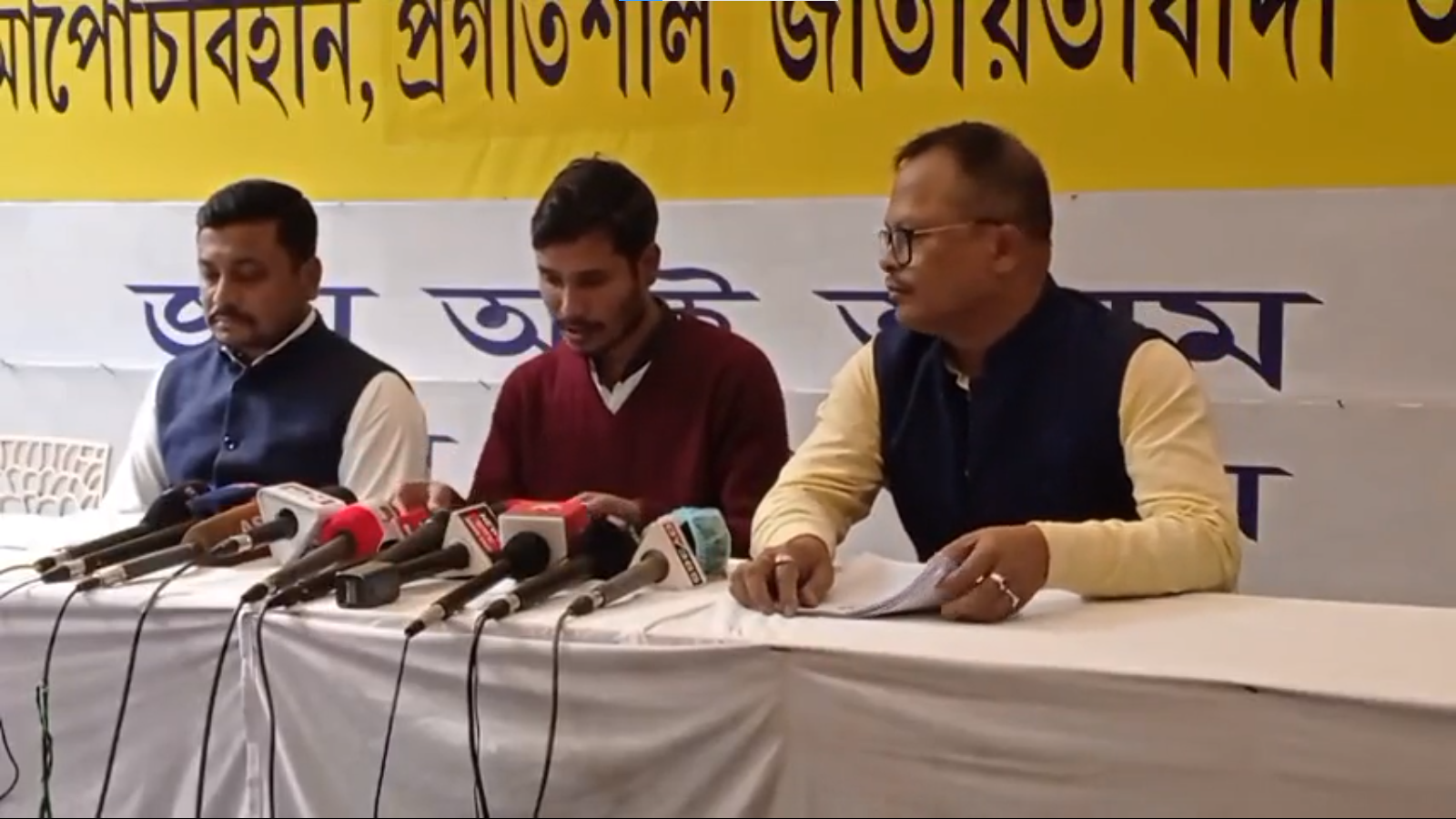 The newly floated regional party, the Raijor Dal has sent a proposal to another new regional party in Assam, the AJP, calling upon the latter to form a pre-poll alliance with it in order to oust the BJP from power. The party has even sought a merger of the both parties. Revealing these in a press conference, on Sunday the Working President of the Raijor Dal, Bhasko de Saikia said that for the sake of the greater interest of the Assamese nationalism and to oust the BJP -led alliance form power pre-alliance between the two parties has become the need of the hour. “ We want to form alliance with the Raijor Dal. Already, we have sent a written proposal to the leadership of the Raijor Dal. The people of Assam also want alliance between us. We hope that the AJP would organise a meeting for that purpose. We are to take part in a discussion with them”, Saikia said. He also cautioned that time is too short, hoping that the AJP would immediately take a decision in the regard. Criticising the BJP the Raijor Dal leader alleged that the people of Assam and their language and culture are not safe in the hands of the saffron party. “The BJP is a party of corporates and our language and culture is not safe in their hand. We must unite to check the party and its divisive politics”, He said. He also termed the AIUDF as a communal force.

5 Oct 2015 - 8:02pm | Siddhartha Handique
Debraj Roy College in Golaghat is organizing a two days national level seminar on changing scenario in teaching-learning and evaluation system of higher education on October 31.To be sponsored by...