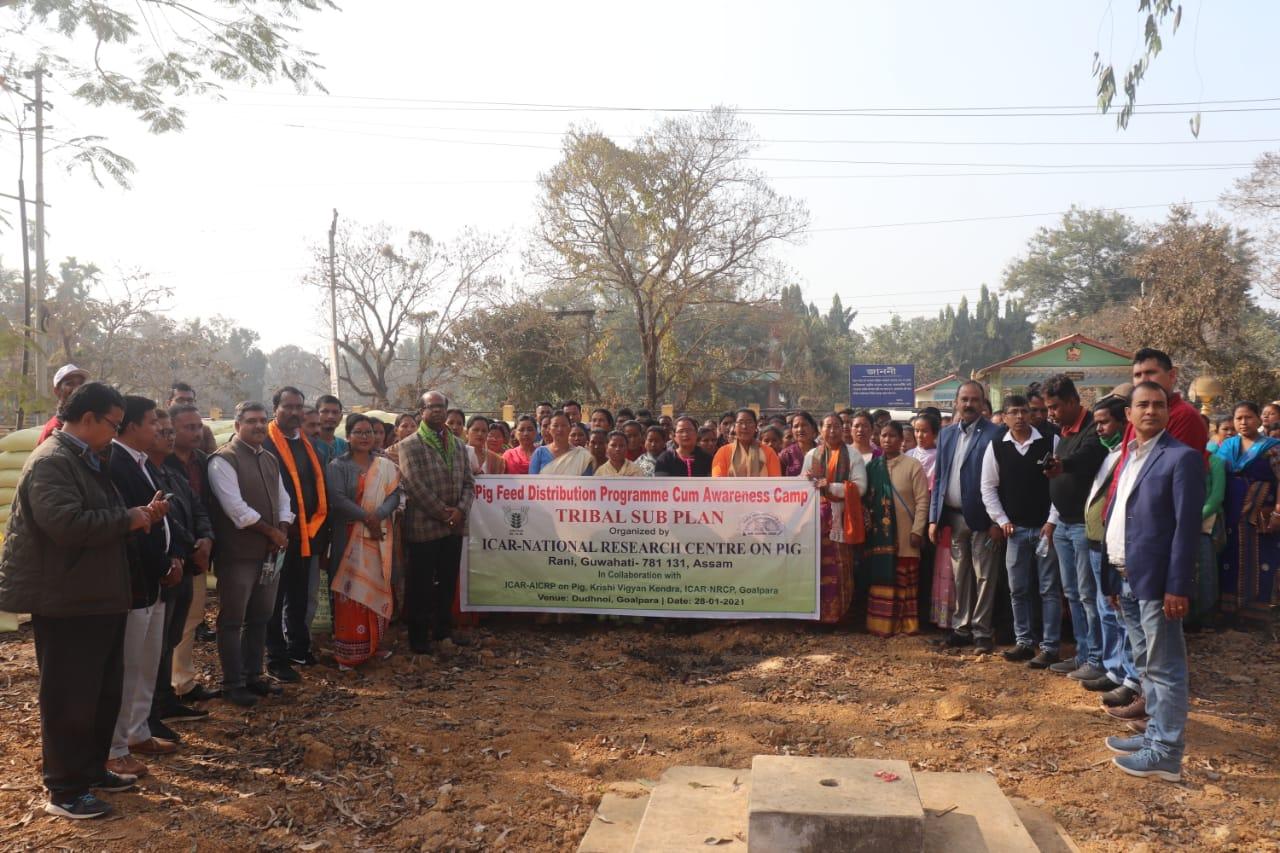 Under the initiative of the Indian Council of Agricultural Research, free feed distribution and awareness camps were organized among pig herds in association with the Goalpara KVK at Dudhnoi under the Tribel Sub Plan on January 28 at The Badofa UN Brahma Cultural Building premises.The awareness camp discussed in detail how pig herds can benefit commercially from rearing pigs.Dr. Keshav Barman, Principal Scientist, National Center for Pig Research (Rani) under the Indian Council of Agricultural Research, addressed the gathering called for awareness meeting.

Dr. Vivek Kumar Gupta, Director, National Pig Research Centre, Rani, was the chief guest and explained to the pig herds on how to benefit from improved pig keeping and proper feeding.He further said that pig herds will be able to be self-availed through this facility offered by the Government of India and the rural economy will also be strong. After the end of the awareness meeting, in the presence of all officials, 120 pig herds were distributed 120 kilograms of "balance food" to each of them high quality pig feed.In addition to being free from diseases, scientists of the Pig Research Center said that the pig weight also increase from 80 to 120 kilos.

29 Sep 2015 - 5:57pm | AT News
Yet another tragic accident leaves Raha in utter shock where a school goer was crushed to death by a moving vehicle on Tuesday. The incident took place at 9-30 in the morning at Dighaliati near when... 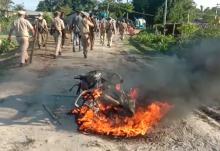