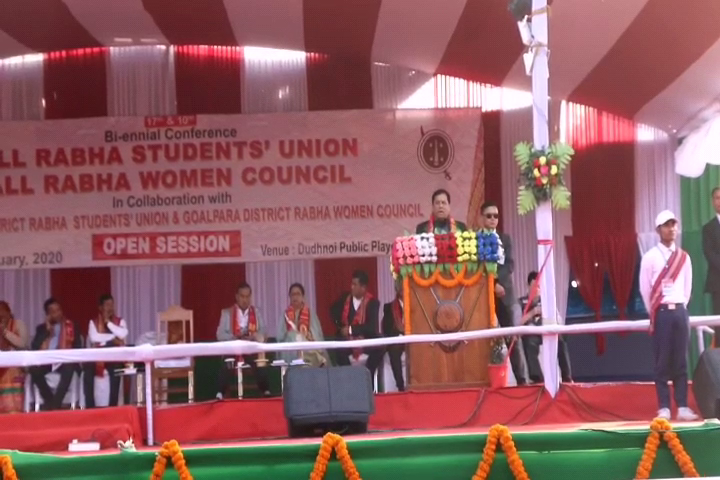 Chief Minister Sarbananda Sonowal took part as chief guest at the open session of the 17th biennial conference of All Rabha Students' Union and 10th biennial conference of All Rabha Women Council held at Dudhnoi in Goalpara district Saturday. Chief Minister Sonowal said that legendary artist Bishnu Rabha gave a distinct identity to the Assamese community globally. He made this possible with his skill, ability, hard work and high ideals. His vision encourages us and the Assam government following his footsteps is putting its best efforts to ensure all round and inclusive development of all communities in the state, Chief Minister Sonowal said.

28 Feb 2010 - 12:14am | HemantaGogoi
The new central executive committee of All Tai Ahom Students Union (ATASU) headed by Chao Pranjal Rajkonwar as President and Chao Moyur Borgohain as General Secretary along with 31 executive members...

13 Mar 2010 - 3:21am | editor
Two NDFB rebels were killed during an encounter with police and army in Chirang district of Assam on Friday a day after the Centre gave hint of a declining militant activities in the north eastern...