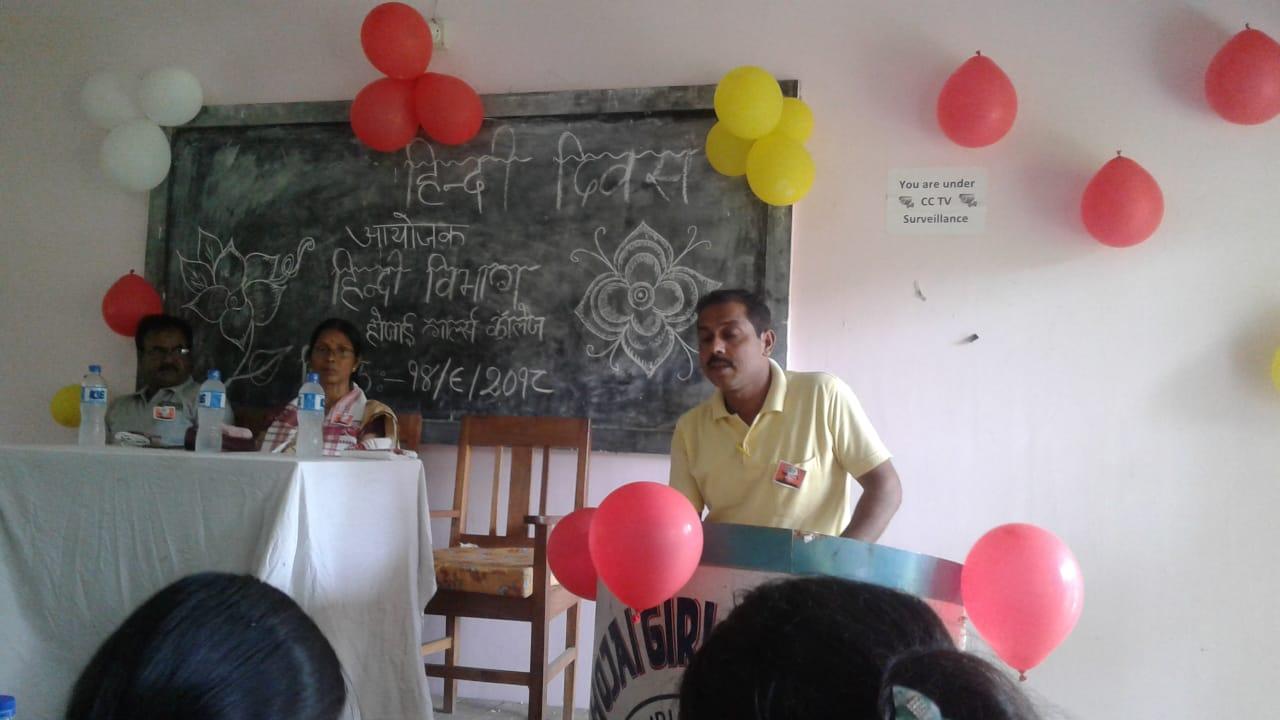 HOJAI:- Hindi Divas celebrated at Hojai Girls College with a great enthusiasm on Friday. In this connection a meeting was organised by the Hindi Department of the College which was chaired by Tulika Gogoi Borgohain ,HOD, Assamese.After lightening the lamp by the chair person meeting started with an inaugural song sang by the students of the College . speaking on the occasion   as an appointed speaker Dr.Pijush Nandi ,HoD Bengali ,said that in era of the Globalization it's a challenge to the Hindi speaking people to conserve the language and retain the number of its users.He further emphasis on creation of loving situation so that non Hindi speaking people attract to this language, otherwise it may be the one of the extinct language in near future.The meeting was also addressed by K. N. Chouhan,HoD,Hindi.Shankar verma ,Sweety Sahu ,Dr.Rajen Sing Chouhan ,Dr.Jayanta Biswas Ankur Bania and few students of the College.Apart from this students also performed. Chorus song , recitation to mark the occasion.

Shock and sensation at AMCH

9 May 2014 - 11:49am | AT News
Doctors at the Assam Medical College Hospital in Dibrugarh have threatened to sit in strike their safety and security in the duty hours.Talking to Assam Times, the junior doctors said that if the...

25 Feb 2012 - 11:30pm | editor
Over 20 houses have been burnt down at the height of a group clash at a tiny village along Assam-Meghalaya border on Saturday. A group of miscreants armed with weapons suddenly stormed into a...