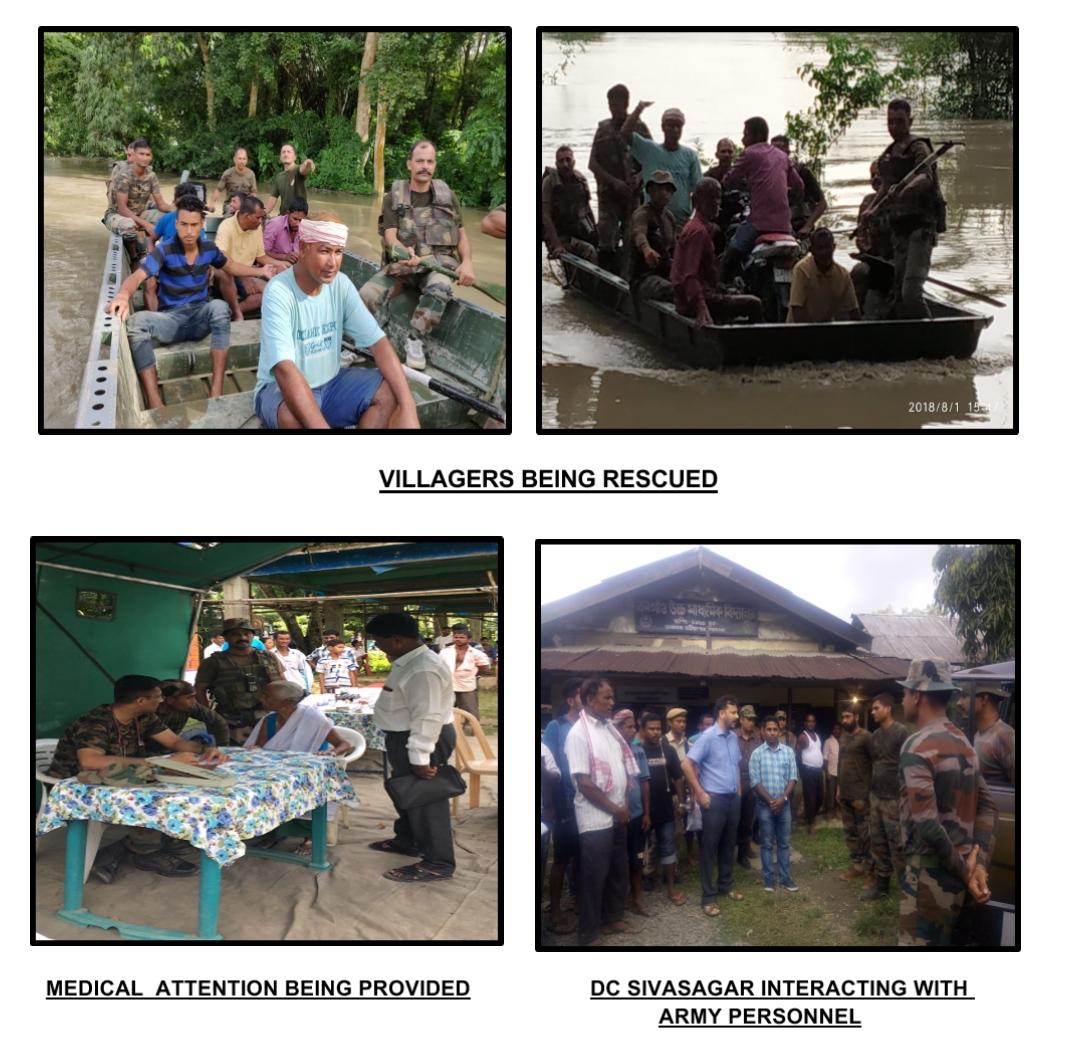 NAMRUP :-  Joysagar Army Camp under Dao Division has been carring out continuous rescue and relief operations in the flood hit region of Sivsagar district in Upper Assam. Combined rescue teams of army and civil administration through their due efforts rescued hundreds of beleaguered villagers including livestocks.The Desang and Dikhowriver in Upper Assam continues to flow above the danger mark , thereby flooding vulnerable low lying areas along the  course of the river. A total of 52 villages have been affected till date, covering a mammoth 1800 hectares of land and  approximately 18000 villagers as well. The incessant rainfall compounds the matter further as it hampers rescue operations. In spite of the challenging conditions, army teams carried out rescue and relief operations undaunted by the conditions and provided much needed succor to the stranded villagers. While over 200 villagers were rescued in Disangmukh&Nazira area, a medical camp was also established in Disangmukh, where army doctors along with the medical team provided timely prophylactic medical support and advice, thus preventing the spread of water borne diseases. A total of 118 villagers including 64 women, 48 males and 6 children were provided preliminary medical attention and care.The locals and the village administration conveyed their gratitude to the Army for its continuous and tireless efforts in covering the vast expanse of the flood hit region and ensuring the extension of the governments outreach to the remotest corner of the state, in order to ameliorate the flood conditions.

4 Apr 2012 - 4:44am | editor
Defence laboratory unit in Assam is currently focussing the research and development studies on Nanotechnology, Agro biodefence, herbal medicines and identification of malaria-risk zones.According to...