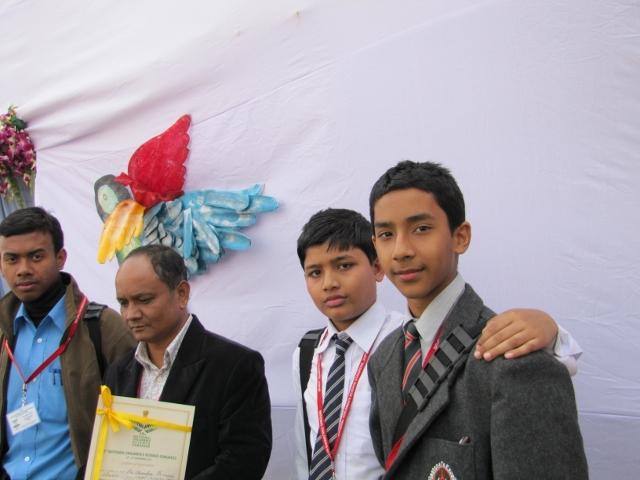 Right at the beginning of the year, four child scientist made Assam proud with their projects adjudged among the best 25 of India, against a total of more than 650 projects participated from all over India at the 19th National Children Science Congress held at Jaipur National University, Rajasthan from 27th – 31st December. Assam is the only state who could bag four positions within the declared best 25.

Devam Kakoty presented his project entitled ‘ Termite Soil -Its Quality and Effect on growth of Rice’. The observation of the project is that ‘ Termite soil can hold more moisture, has more organic matter and nutrients resulting in better growth of rice crop in an eco-friendly procedure’.

Besides the national level science congress, the project was also selected for presentation in the 99th Indian Science Congress held at Kalinga Institute of Industrial Technology, Bhubaneswar from 3rd – 7th January . This project has been showcased by his co-worker Devraj Kakoty and was well appreciated by all visitors. The event was inaugurated by Prime Minister Dr. Manmohan Singh.

Devam Kakoty and Devraj Kakoty are currently studying at Shiksha the Gurukul School at Tinsukia district.

7 May 2015 - 8:49am | AT News
Normal life comes to a grinding halt from early in the morning following AGP’s 10 hour statewide bandh in protest against the Indo-Bangla land swap deal a day after the Rajya Sabha cleared the bill....

24 May 2017 - 9:42pm | AT Kokrajhar Bureau
It is an encouragement message for the society that three educated youths of Kokrajhar district,two are B.Tech(Bachelore of Technology) and HS passed have come up with setting-up of a restaurant at...