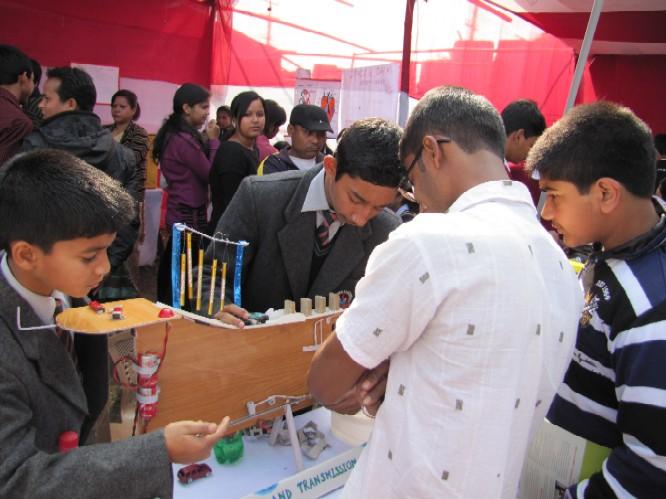 A knowledge fair was held at Tinsukia from January 17-22, organised by the district administration in collaboration with several other organization was one of its kind. It was a mix and match of several interesting programs ranging from quiz competition, science exhibition, debate to fancy dress and flower show. It was also very culturally rich with the presence of well-known artists and scholars of Assam. The main attractions of the fair include Book Fair, Science Exhibition, Children’s debate and quiz competition, career counselling, adda and cultural programme.

Moreover a separate stall was set up in the memory of and also as a tribute to Dr. Bhupen Hazarika and Dr. Mamoni Raisom Goswami with a display of gramophone records and photographs. Besides the book stalls, there were exhibition and informational stalls showcased by OIL India, Coal India and Indian Armed Force.

The 6-day event was a ‘burning flame’ of knowledge. It was a platform for many to bring out the best in them. A large number of people including school children visited and participated in various activities in the fair from remote areas like Sadia, Kakopathar, Pengaree, Phillobari etc, which will help in a big way in spreading the light of knowledge. Besides the event also aimed to promote unity and peace in the region.

Tinsukia is the only district to organise successfully such a multi-dimensional innovative activity since last year. Kudos to the district administration for organising such an event. In the closing ceremony it was appealed to all diverse organisations and people of Tinsukia district to join hands and work together for the development of the district and be in the forefront.