The Assamese online dictionary www.xobdo.net, the brainchild of Bikram M Baruah, a petroleum engineer has been going on great guns in its field from the date of its formal inauguration on 14th April 2006. From the date of its inauguration, it does not have to look backward because of the overwhelming response from the every section of the society.

Talking to this correspondent, Buljit Buragohain, team Member of the publicity team and Researcher at IIT Guwahati (Centre for Energy) revealed that the vision of the "xobdo" is mainly to demolish language barrier and thereby fuel mutual understanding and cooperation among the people of the entire North-East India and to bring the languages of the region to the fore-front of the IT age.

The main mission of this extravagant project is to cooperate constructively with all possible quarters to build multilingual dictionaries and other linguistic resources to strive to materialize the visions. According to Buragohain, the online dictionary seeks to document the languages as they are used today in their original forms. There is no attempt to enforce or express Xobdo's own viewpoint about any spelling or semantics being right or wrong.

Buragohain also revealed that xobdo team need more volunteers in this mission and anybody could become a member and contribute words to the online dictionary. One can also challenge the spellings or meanings featured in the dictionary. Through discussions with other members of Xobdo a consensus decision has to be taken within a reasonable time frame and the entry has to be updated accordingly. 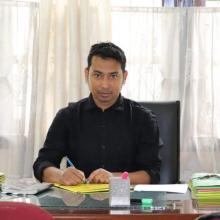 10 May 2008 - 8:53pm | editor
Altogether 12 Dima Halam Daogah(Jwel) cadres died and many others injured when an Army and police jointly launched a major offensive at a camp in Herelu in North Cachar Hills district along the Assam...