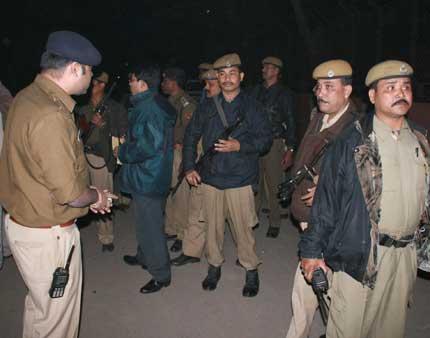 The Railway Protection Force jawans have apprehended a boy suspecting him to be involved in the blast that rocked the city’s Bamunimoidam area which left a 15 year old boy injured. According to information, the RPF jawans had to open fire before apprehending him. The boy Liton Das was moving from a coaching classes at the Railway Colony area at around 7:37 pm in the evening while the bomb which was planted near a shop went off.

Police and para military troops have cordoned off the area.

26 Feb 2014 - 8:45pm | AT News
Veteran actor Pranjal Saikia is all set to join BJP a day after Biju Phukan agreed to contest the upcoming Lok Sabha polls from Trinamool Congress.Saikia is lilely to join the saffron party at a...

19 Jan 2014 - 9:55am | AT News
NDFB’s anti-talk faction continues to unleash terror in BTAD areas. The Bodo militant outfit shot dead one more person in Chirang district on Saturday.The attack took place at Panbari along the Indo-...

9 Jun 2011 - 12:36pm | editor
Dr Ilias Ali, a senior surgeon will attend the ‘Guest of the Month’ program of Guwahati Press Club on June 10 (Friday). Presently assigned as the State Nodal Officer, No- Scalpel...