Tarun Saikia and Manish Kumar Deka were accorded a heroic welcome as they reached their homes in Guwahation Tuesday.
Both the mountaineers, who were the first Assamese duo to have scaled the Mt Everest were taken to the city with a huge procession after they landed at the Lokpriya Gopinath Bordoloi Internation Airport. The Assam Government  received both the heroes at the Lokapriya Gopinath BordoloiInternational Airport immediately after their arrival. Several other organisations also greeted the duo and joined the rally along with their family members. Then mountaineers were taken to RG Baruah Sports Complex to be felicitated. The Assam Government will accord the mountaineers a warm felicitation at the auditorium of Srimanta Sankardeva Kalakshetra in the evening on Thursdaywhere Chief Minister Tarun Gogoi, Forest Minister Rockybul Hussain, MLA Debabrata Saikia and host of dignitaries will be present. Saikia climbed the peak on May 18, Deka completed his venture on May 24. 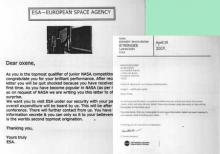 ArnabsÃ¢â‚¬â„¢s Nasa Claims and Noble Nomination: Cat is Out of the Bag

17 Jun 2008 - 3:22am | Ritupallab Saikia
Arnab Kakoty, who rose to fame through his alleged claim of being appointed as a Junior Scientist with NASA as well as his name being nominated for the Noble Prize has been revealed as false claims....