An undentified dead body of a person, age 35 approximately, was found at the boundary wall of one Tankeshwas Saulkora's residence at  Monipuri Borkola village, Simaluguri. The dead body was hanging in a suspicious position on the wall.Police investigation is going on in this regard.

18 May 2013 - 11:02am | Ritupallab Saikia
In the HSLC examination results declared Friday Pronami Kaushik of Golaghat Jatiya Vidyala has brought glory to the district by securing 7th position. She is the daughter of Ashok Borthakur and... 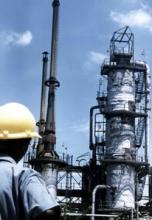 AASU will continue agitation for AOD cause

23 May 2008 - 2:12am | editor
The All Assam Students Union will continue the agitation unless the government stops the move to retain the Assam Oil Division's marketing branch in Assam. The AASU leaders have warned that they are...