RTI activist and general secretary of Krisak Mukti Sangram Samity ,Akhil Gogoi, today at a press conference stated along with documents, the unprecedented financial loot being done by a section of business men under the umbrella of North East industrial policy. The activist said that Business man Kailash Lohia, owner of Meghalaya cement and Topcem in Assam, has looted crores of money under subsidy scheme in the name of setting up Industry in the North east, that is not benefiting the public nor the government, instead the state of Assam is losing huge revenue.

To be specific, Akhil Gogoi, said that the businessmen Kailash Lohia, has set up just a grinding unite of “TOPCEM cement” in Assam, in the name of setting of industry, and that only row materials from Meghalaya Cement Industry is brought for mixing here in Assam. While earlier the Assam government use to get revenue for bringing the finish cement product for sell in Assam, but now since only the raw material is brought, the government don’t get any revenue instead the government have to pay subsidy to the company under North -East Industrial policy.

The capital investment of TOPCEM is Rs. 122 crore, while the company has earned Rs.150 subsidy in one year from Government of India and Assam government, besides getting 142 crore and 22 laks subsidy from Meghalaya Cement between the year 2003 to 2013 under subsidy. Its the same Cement Industry with different names with better subsidy benefit for the owner. In this industry 86 number of people are being employed among which 59 are labours. The Interesting fact is that the cement company pays 36 paise tax per bag Cement to the Assam government while it extracts Rs.35 per bag cement form buyers. Amidst subsidy the price of Cement in North East is more that of Kolkata, Delhi and Mumbai. In the year 2012, the subsidies that the TOPCEM cement got from the government ,is Rs. One Crore rebate from Income Tax, Rs.20 Lak from Electricity department,50% off for Generator, and Rs 90 crore 30 Laks transport subsidy. The total subsidy money comes from Central and the state government. Here, a big question is being asked by Akhil Gogoi, whether this type Industry will really help the government of the people in general, “do we need such industry”? Questioned the activist in the press conference.

Akhil Gogoi, also highlighted the on going land scam in the name of Industrialisation which the cement company is involved with. He says , “it is perhaps the biggest land scam in the country, 4000 Bighas of land being taken over from various people local people under Kamrup Metro, by the Cement industry owner. And the lands being purchased from the farmers at very low price” The purchased land will be used for various purpose like real estates development etc. However as per law the Agricultural land has to be used only for agricultural related Industry and cannot be used for other industrial purpose except industry relating to Agriculture. Construction of flats in these purchased lands have already been started. The alleged businessmen are also evading tax payment form the lands they have owned, since lands have not been shown as commercial lands thus the owners are paying less tax. The setting of cement industry has also overlooked the cement factory norms. A cement factory unit cannot be set up amidst population settlement and thus a particular distance has to be maintained, which is not in the case of TOPCEM. Besides the unit has been set up under the green belt area. The KMSS secretary also named Ram Avatar Bhurakia, Suresh Pithani, Monoj Kumar Pithani, along with Kailash Lohia, all Business men involved in various scams.

Akhil Gogoi highlighted the documents relating a case on subsidy issue that has already been filed in the CBI court, under case number RC5 (A)11-Guwahati, against Lohia by North Eastern Coal field , Coal India Ltd. due to loss of Rs.15,50,25,135 incured by the coal India, because of diversion of Coal by M S Meghalaya Cement Ltd to M/S K D Coke Jorabat. Besides the Ascard Bank has also filed case against Pithani’ss for forgery relating to Tube well set up.

Akhil Gogoi, is however hopeful that the land accusation by the Lohia will go the public way, after the DC (Kamrup rural) has sent notification to the Circle officer, stating that using Agricultural Land for non-Agricultural after purchase though the Business men (Lohia’s and Pithani’s) have given the affidavit that purchase land will be used for Agricultural purpose, thus violating government norms, asking to submit a report on the matter. 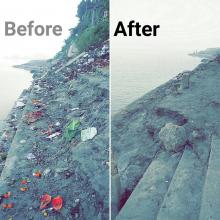 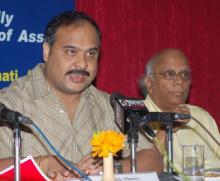