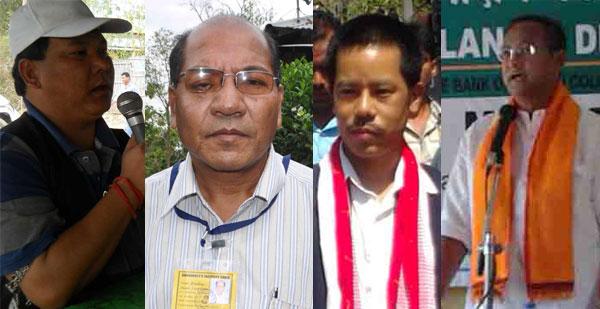 As the election to the 11th NC Hills Autonomous Council is nearing, election at the two constituencies like 14 Langting and 16 Diyungmukh have become the cynosure for the poll observers and intellectuals as high profile candidates are in fray in these two constituencies.

It is said that till the inception of NCHAC no congress candidate could win the 14 Langting seat as the people of Langting prefer to elect local candidate as their leader. During last election in 2007 Sri Debojeet Thaosen won the seat as BJP candidate and Bhadramoni Langthasa had won the seat in 2001 as the independent candidate.

Mayanan Kemprai who won the 16 Diyungmukh seat consecutively for three terms right from 1996 admitted that there would be tough contest in-between Niranjan Hojai and him. He however claimed to win the seat this time also.

Though the fate of these candidates are at the mercy of electorate but the poll observers opined that the congress base is eroding day by day due the controversial distribution of party tickets among the congressmen. They also observed that the independent candidates are more advance in several constituencies.

4 Aug 2015 - 6:28pm | AT News
The chopper carrying the Tirap Deputy Commissioner is believed to have crashed at a dense jungle in Arunachal Pradesh on Tuesday.Local residents in Deomali near Tirap claimed to have seen something...