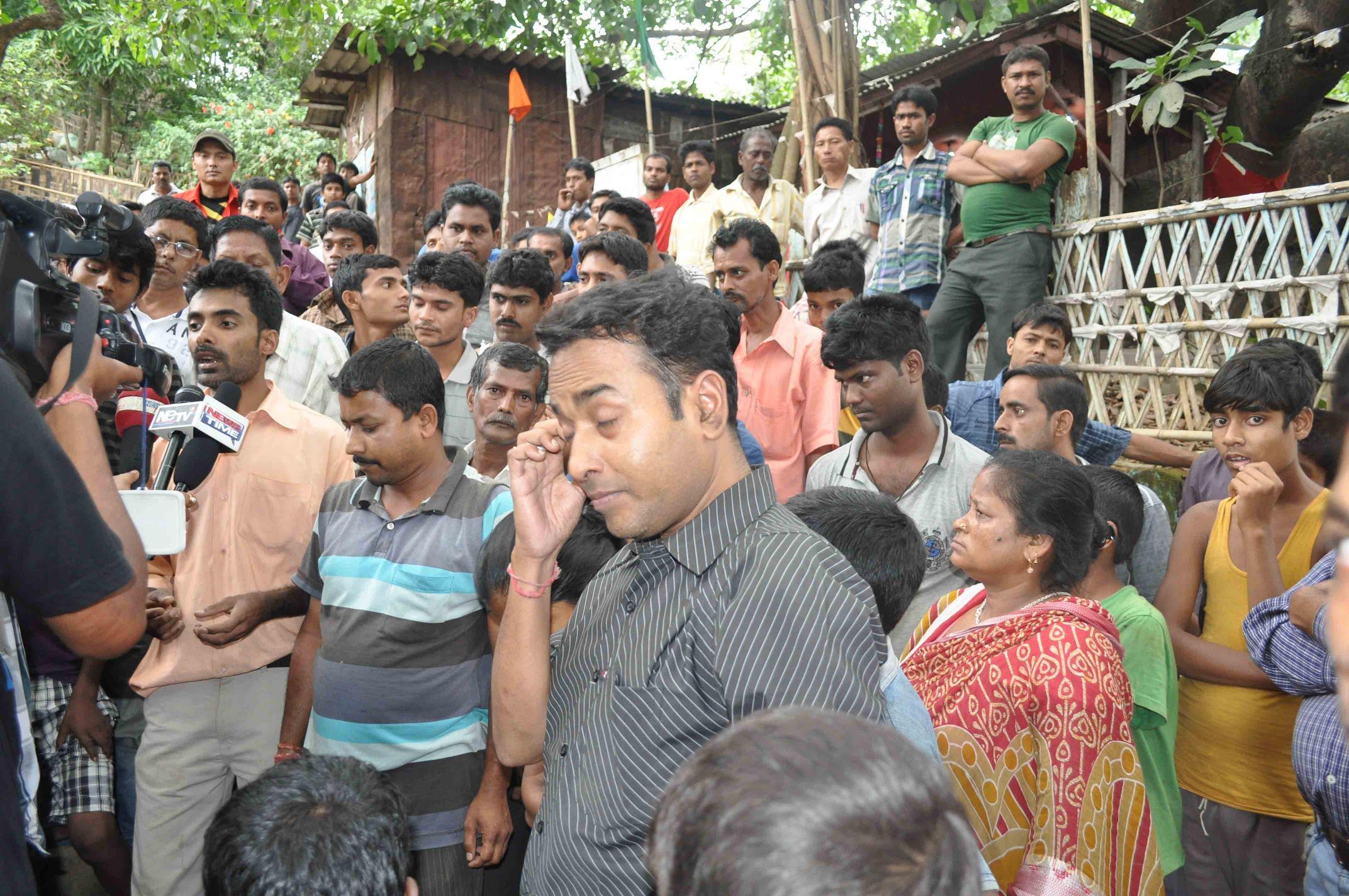 Hundreds of petty businessmen of Lower Haflong Road side Market kept their shops closed in demand of immediate transfer of Railway Doctor Rajib Mitra on Tuesday.

It is to be mentioned here that hundreds of unemployed youths of Lower Haflong have been engaged them in various business to earn their livelihood and was doing this for a longtime undisrupted but their dreams short-lived as Dr Mitra began his mischievous activities with these youths and began to threat of shutting down their business.

As the accumulated ire among the people of Lower Haflong as well as the helpless businessmen totally lost the limit of tolerance and began to shout slogans etc against Mitra and demanded immediate transfer of Mitra. They speaking to the media expressed serious concern over the autocratic attitude of the Dr Mitra  and also argued why the Dr Mitra, physician by profession needs to do business by suppressing the needy youths who are doing business for their livelihood.

Meanwhile, all the businessmen approached the Deputy Commissioner and the Superintendent of Police and sought immediate intervention.

Dr Mitra on the other hand denied the allegations labeled against him by the people but he failed to answer the media persons who asked him why he is being the centre of controversy repeatedly.

24 May 2014 - 11:10am | AT News
A sensational revelation seems to have generated no less heat within the Assam Congress these days. That too in the time of deepening dissidence within the Congress legislative body. Trouble seems...

11 Feb 2017 - 11:01pm | AT News
The city based Dispur Hospital’s physician Dr Raj Kumar Dutta attended the media OPD at Guwahati Press Club on Saturday. Over 25 media persons along with their families participated in the camp and...