Tragic death of a wild gaur in Udalguri

Nature loving people have expressed concern at the tragic death of a wild gaur in Udalguri district on April 15. The death of the helpless wild animal has reflected lack of awareness among people living near the Wildlife Sanctuary or Reserve Forest beside lack of cooperation between forest department and villagers.

According to information, two wild gaurs had strayed out of Khalingduar Reserve Forest on April 14. One was spotted at Baghekhowa village near Paneri and the other at Khoirani near Nonai forest. On seeing the helpless wild animals, hundreds of villagers started chasing away them by pelting stones etc on them. The situation went out of control when one of the wild gaurs arrived at Paneri. Forest, BSF and police forces headed by Bankim Sarma, DFO,Dhansiri Forest Division, Udalguri and Nirupam Hazarika, SDPO,Bhergaon failed to pacify the excited crowds demanding immediate chasing away of the animal.The other wild gaur somehow managed to hide somewhere after witnessing human cruelty. Finally the exhausted wild gaur had to be tranquillised by experts from RRC, Kaziranga in the evening of April 15. But the animal breathed its last in the same night following massive cardiac failure. Highly placed forest sources said that there was no other option to pacify the villagers. Heavy human traffic around wild animals found in the state have caused deaths of many wild animals as well as injury and deaths to human beings too. 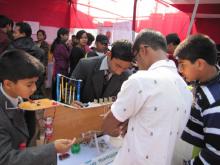 26 Jan 2012 - 5:44am | Monali Kakoty
A knowledge fair was held at Tinsukia from January 17-22, organised by the district administration in collaboration with several other organization was one of its kind. It was a mix and match of... 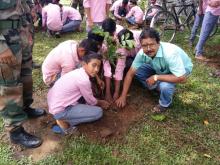 7 Nov 2016 - 4:55pm | AT News
Many stunning revelations are believed to have surfaced during the custodial interrogation of APSC chairman Rakesh Paul whom police arrested two days back in Dibrugarh. According to sources, Paul is...