Two country-made bombs have been recovered in the New Delhi-bound North East Express from Guwahati on Friday morning. This has forced delay in the train to halt at a railway station in Bihar.

According to information, a passenger spotted the bombs at 6.30 in the morning and informed it to the driver of the train. These bombs were wrapped in a newspaper lying under the seat.

The bombs were then put into a water-filled bucket for defusing at the platform.

The train was allowed to resume its journey after being stopped for about two hours. 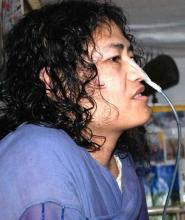 30 Jan 2014 - 2:12pm | AT News
Thousands of people in Lakhimpur and Sonitpur districts have blocked the National Highway No 52 to prevent supply of essential commodities to Arunachal Pradesh in protest against the firing incident...

Electoral rolls out in Hojai

20 Oct 2017 - 4:33pm | Nikhil Mundra
The election authorities have published the electoral rolls in Hojai  district comprising  three legislative assembly Viz., 90 No. Jamunamukh, 91 No. Hojai, 92 No. Lumding.According to a...