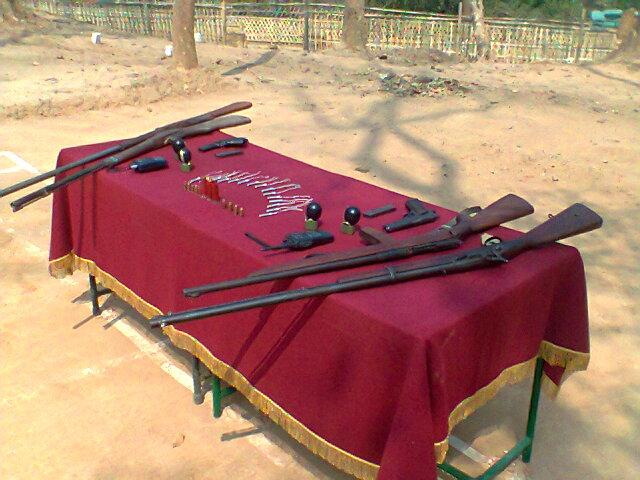 A hideout which is likely to be of DNLF was busted near village Lungkhor yesterday by the Army Unit located at Maibang. According to sources DNLF C-in-C Sujit Hakmosa who was apprehended by Nagaland Police, was on recruitment drive and was stocking arms and ammunition to step up their activities in area in view of upcoming DHAC elections. Earlier three DNLF cadre from Maibong Market were apprehended on 6 Mar 13 while doing extortion in market.  Recoveries made include two pistols, three single barrel muzzle loaded rifles, one single barrel breach loaded rifle, four Chinese grenades & some ammunition. Two radio sets, electronic detonators & two suspected improvised Explosive device were also recovered.

21 Mar 2013 - 8:38am | AT News
One person died and 8 others have been injured when the vehicle in which they were travelling skidded and fell into a ditch in Majuli on Wednesday.A group of nine people, including a child and three...