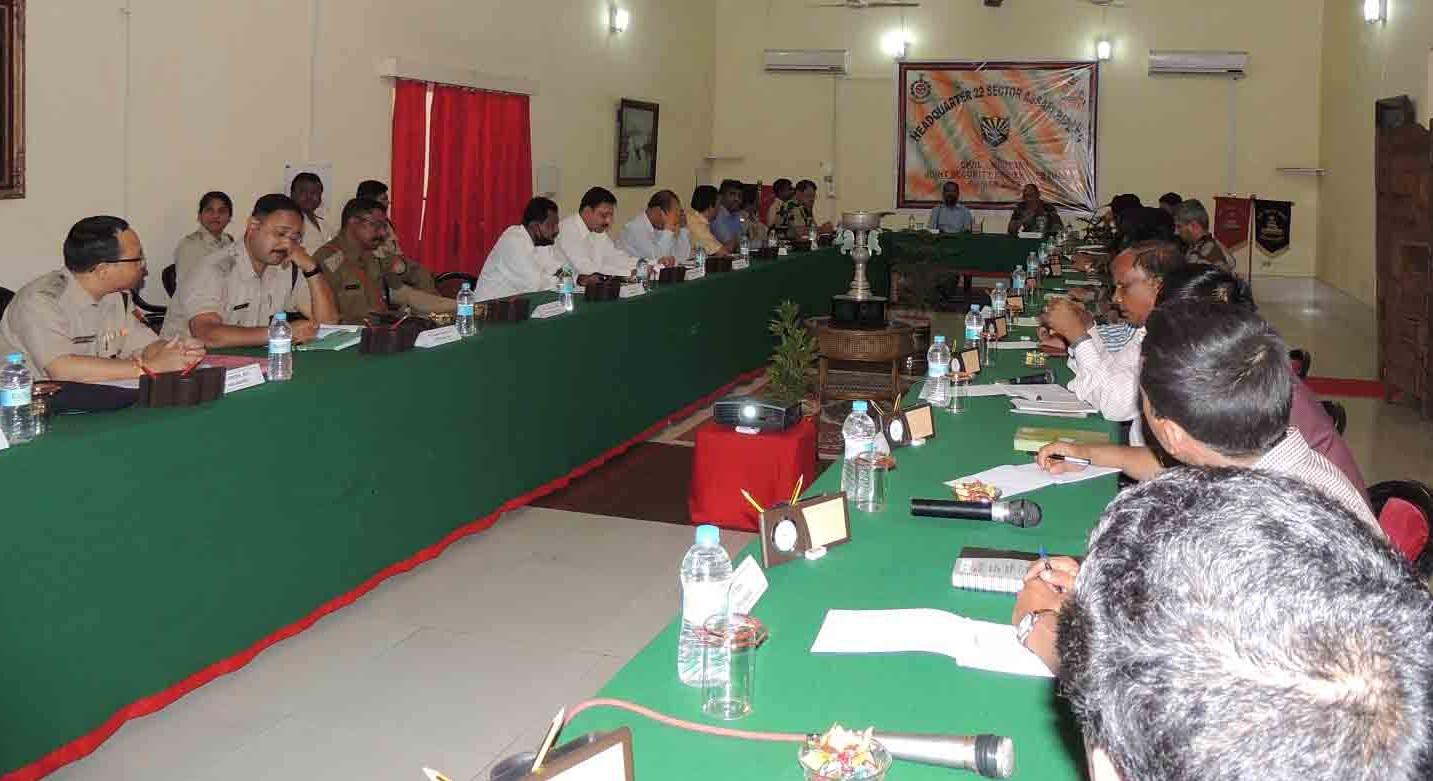 To review the security situation in South Assam including Dima Hasao, a Joint Security Review Meeting, was held under the aegis of HQ 22 Sector Assam Rifles at Masimpur Military Station near Silchar on Monday, stated a press release issued on Tuesday.

During the meeting it emerged that the security situation in South Assam is under control, however still there are a number of militant groups which are active and are indulging in extortion and tax collection activity especially along the border areas. It was decided that resources of all agencies will be synergized and coordinated to further consolidate the gains of the recent past, so that peace and tranquility prevails in the region.

All senior officers present in the conference appreciated the excellent cooperation between various agencies and worked out a plan for future action. It was also decided that District Level Coordination committee meetings will be held on a monthly basis in all Districts of South Assam. Thereafter the officials also interacted with the representatives of ONGC, BSNL and PGCIL and addressed their security concerns

2 Jul 2010 - 11:40pm | Anup Biswas
Demanding bifurcation of the NC Hills District into two Autonomous District under 3(c) of Articles 244(2) and 275(1) of the Sixth Scheduled, speedy and impartial CBI Inquiry of all departments of...

27 Mar 2018 - 6:05pm | AT News
Kokrajhar: Kokrajhar joined the nationwide Mission Sambhav on Monday to ensure total cleanliness. The mission will be construct 3500 toilets across the six block developments under three sub-...