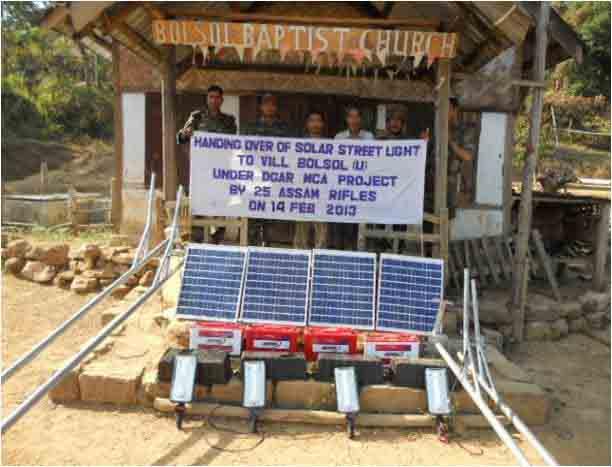 The remote village was not been electrified till now and the help from Assam Rifles under DGAR MCA project has brought light into the life of the villagers. The Gaon Bura and villagers of Upper Bolsol village expressed their sincere gratitude to Assam Rifles for this kind gesture and hoped that many more goodwill projects to assist the villagers will be taken up in future also. On this occasion the Haflong based Assam Rifles assured the villagers of all assistance and help to develop their village.

The effort will not only boost the relations between Security Forces and the local populace but also generate goodwill in future.