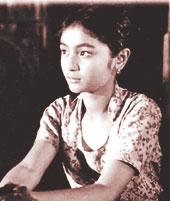 London Film Festival in March 2013 has selected award winning Assamese film - Laaj (Shame) directed by Manju Borah. Manju Borah is also been invited to attend this event. This initiative has been taken by Rini Kakati. Rini Kakati is very excited that an Assamese film will be shown at this prestigious event.

There are a number of great films lined up and some talent from Bollywood and beyond will be attending, including the reknowned actress and woman activist Shabana Azmi and historian Bhawana Somaya amongst others. Including the award winning documentary Saving Face followed by a panel discussion with the amazing Dr Mohammad Jawad and other Pakistani talents.This year LFF will continue beyond borders theme with exciting films from USA, India, Kashmir, Sri Lanka, Assam, Pakistan and Britain. The festival includes screenings, masterclasses and networking events from 7 to 17 of March 2013.
For the last fifteen years the largest South Asian Film Festival in the UK. This year especially focusing on the journey of cinema through the past 100 years and the global appeal of Indian cinema. Big screening will be held on the 7th March is at the British Film Institute Southbank.
About Laaj:
Not withstanding the adoption of the pious ans solemn universal declaration of human rights meant to be emoluted by all nations which refers to the "equal and inalienable
human rights of all members of the human family", in the developing countries of the world even now the rich continues to grow richer which the poorer goes poorer, the misery and distress of this strata of people who have never tasted the basic necessities of life, are universal, lack of basic education has resulted in explosive birth rates.
Ila, the protagonist of 'Laaj' is the representative of such a society, with tremendous desire for education she is constantly struggling to continue with her studies haning to come to terms with the real cruel realities. Ila, is not a segregated character, her character brings to light the poverty, neglect, reoproach, denial, unhappiness and frustration of the poor fish society which speaks for the other similarly circumstances human race, Ila is the symbol of the unshed tears of the poor hapless villagers faced with ila's helpless situation one wonders, "why do human suffer so? The shame which ila feels at not wearing an underwear, is in reality, whose shame, anyway?"
About Manju Borah:
Manju Borah is a story teller turned film maker, Manju Borah depict the socio-cultural issues through celluloid. A student of philosophy, she narrates the many faces of life and presents it with realistic approach. Born in Assam, North-East India, she writes short stories exploring the indigenous culture and its impact on the person and community as a whole through her characters. Her articles on various issues are based on her continuous research works and are truly thought provoking
Manju served as Jury Member, Indian Panorama, IFFI 2007, 10th MAMI International Film Festival 2008 and 3rd Eye 7th Asian Film Festival Mumbai 2008, 55th National Film Awards for 2007 (Feature Films) Delhi 2009. She is a proud recipient of Senior Fellowship from the Central Ministry of Culture for the year 2005-2007 on her work associated with Women oriented folklore of Assam. She has been awarded Women of Excellence Award by FICCI for outstanding contribution in the field of Film & Entrepreneurship in the year 2009. She has been recently selected for the Satyajit Ray Memorial Award in 2012 by the Third Eye Asian Film Festival of Mumbai . At present, She is the  Chairperson of Oscars committee, India.

20 Mar 2014 - 8:30pm | AT News
After a brief lull, miscreants are back in action in BTAD. A woman sustained serious injury when unidentified miscreants fired upon her on Thursday.The incident took place at Gossaigaon Tiniali when...