Chief Minister Tarun Gogoi on Sunday said that the Assam State Police Accountability Commission would be set up in several areas to ensure better public participation in accountability and transparency at various levels of police hierarchy.

Gogoi told reporters in Guwahati that the panel now based in Guwahati will have a forum each in upper Assam, north bank of river Brahmaputra and Barak Valley in south Assam for the convenience of people. He said that the forums will be headed by a judge, he said, publicity will be given on the accountability initiative for public information and participation. 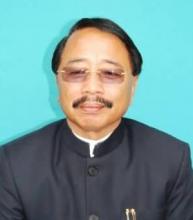 22 Feb 2017 - 11:33am | AT News
The Naga Peoples Front has welcomed Imkong L Imchen again after the MLA tendered apology to the party leadership nearly three years after he was suspended. Chief minister designate Shurhozelie...

Bridge set on fire in Gohpur

9 Jan 2008 - 3:17am | editor
Before the repolling in Raonamukh and Alokpur in Gohpur Assembly constituency on Wednesday miscreants set ablez a bridge in Rajabari. Later police and fire officials rushed to the spot and brought...