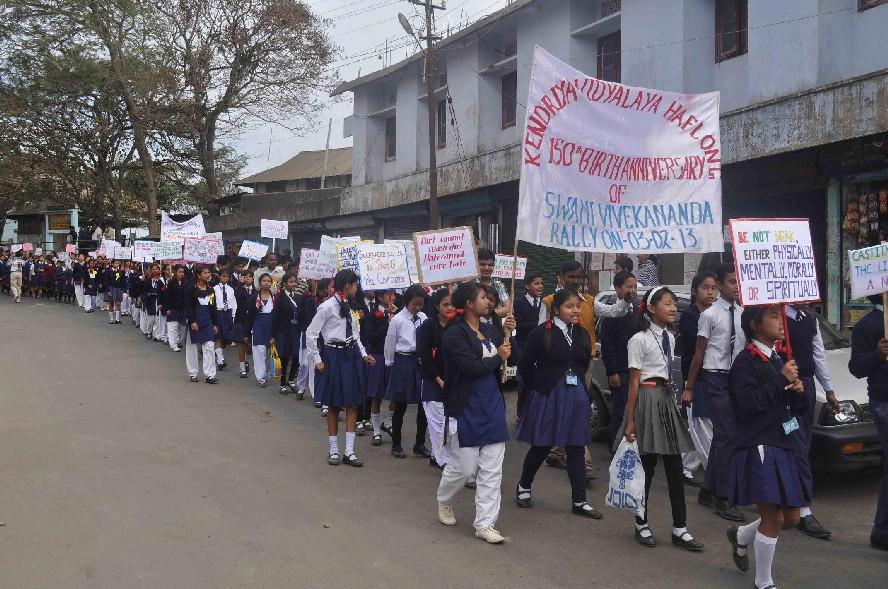 To commemorate the 150th birth anniversary of Swami Vivekananda, the students of Kendriya Vidyalaya and Jawhar Navadaya, Haflong organised a spectacular procession at Haflong on Sunday.

The procession was flagged off by Sri P S Arora, Commanding Officer, 25 Assam Riffle, Haflong in presence of Principal, Teachers, Guardians and the students of both KVS and JNV.

The procession was taken out from the premises of Cultural Institute Hall marched through Synod Turn, Sambudhan Rotary, Don Bosco then converged at Ramkrisha Mission campus.

The procession was led by several students dressed in Swamiji’s dress and was participated by students, Teachers, Guardians and others prominent personalities of Haflong.