DSU and Veer Lachit Sena stopped works of Tunnel No 13A 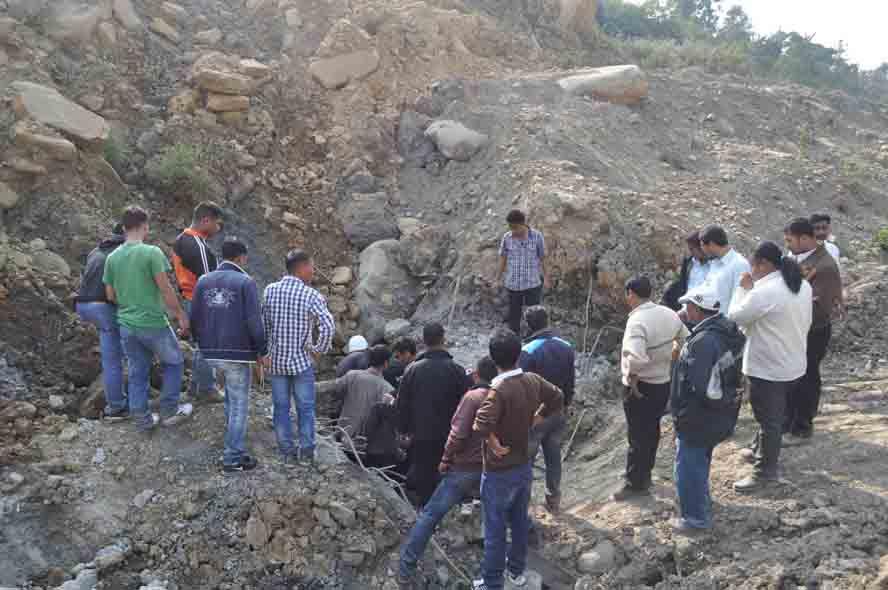 Expressing serious concern over the substandard construction work of Tunnel No 13 A of much publicised Lumding-Silchar BG conversion by the M/s M K Engineering, the Veer Lachit Sena, Assam and Dimasa Students Union stopped the ongoing construction works from Friday.

Several members of Veer Lachit Sena, Assam and Dimasa Students Union visited the work site of M K Engineering, some 22 km from Haflong located near Muolkhoi village and interacted with the supervising engineer of NF Railway and of the company concerned.

Both the organisations asked the representative of the company not to play with the lives of people for their bested interest. They alleged there has been conspiracy of the railway and the company to siphon off the public money in the name of BG.They   alleged, the materials like sand and chips which are being used for the construction are of substandard quality.

This tunnel of only 700 mts is being constructed from 2009, but in April, 2012 some portion of the tunnel was damaged due to substandard construction and the company trying hard to cover up their inefficiency.

Considering all the facts, both the organisation warned to launch a vigorous agitation against the MK Engineering in protest against the substandard work of the Tunnel saying ‘it is not the question of money, but it is the question of life of thousands of people’. Talking to this correspondent, Likhakjyoti Gogoi, joint secretary, Veer Lachit Sena, Assam said that the M K Engineering has been using back dated instruments and substandard materials in connivance with the Railway officials and fooling the people in the name of BG construction while misappropriating huge amount. Amar Baruah, commander in chief, Veer Lachit Sena, Assam warned that they would not tolerate further, and compel the company to stop the work immediately. They will not allow the company as well as the Railway to play with lives of people. Thalendra Dibragede, president, DSU, Haflong also disclosed that they would not allow the company to go Scot free and to fool the people of Dima Hasao at large.