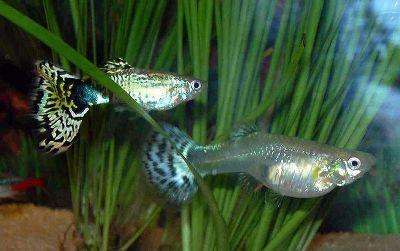 Thousands of people die every year in India of diseases like malaria, yellow fever, dengue and encephalitis of all. According to government sources, 100 died of Japanese Encephalitis, 9 of malaria and 11 of dengue (5 confirmed and 6 suspected) in Assam last year. Mosquito borne diseases have become a major problem in almost all tropical and subtropical countries. Mosquitoes transmit pathogens which cause some of the most life threatening diseases of malaria, yellow fever, dengue, chikungunya, filariasis, and encephalitis. In addition to this, according to statistics published by the World Health Organization (1997), every year 300 million people are infected with Malaria by mosquito bites and one million people, mainly small children, die. Another life frightening disease is the West Nile fever.

Mosquito spread  diseases are and will be the major concerns to come. It has therefore become imperative to think about mosquito control as a matter of public health concern. There is a difference between mosquito control and mosquito-borne disease prevention. Mosquito control is reducing population of mosquitoes which leads to reduction in the number of mosquito bites in a given area. Mosquito-borne disease prevention involves personal protection from mosquito bites such as using mosquito repellent and individuals taking responsibility to protect themselves from any mosquito bite. The nuisance created by mosquitoes bother  people around homes or outside, mosquitoes reduce real estate values, adversely affect tourism and related business interests, or negatively impact livestock or poultry production and mosquitoes are vectors of infectious disease. These are the main reasons behind mosquito-control operation.

Worldwide, extensive measures are made for mosquito control and more than 50,000 tones of chemical insecticides are used annually. These chemicals have nevertheless, considerable toxic and environmental risks. Being non selective, they kill together with the target insects, many beneficial organisms including the natural enemies of mosquito larvae, and disrupt the ecological balance.

The mosquito is an amazingly efficient creature. It detects humans through gradients of carbon dioxide - one can avoid being detected only by not breathing, and even then it can use skin emissions such as lactic acid, or temperature, or visual motion, to find you. 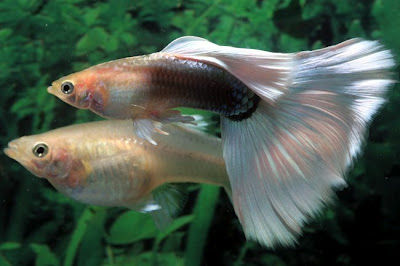 According to Dilip Dutta, a public health engineer by profession with people’s participation it is possible to drive out almost 80% to 90%  mosquitoes from houses. Dutta has been using his free time, energy and sources by experimenting how to control mosquitoes using environment friendly methods and without causing much hamper to lifestyle. He suggests people to keep guppy fish in aquariums or in tanks at home as a measure for mosquito control.

Methods of mosquito control may vary depending on the situation. Some of them are source reduction, biocontrol, larviciding (control of larvae), or adulticiding (control of adults). These techniques are accomplished using habitat modification, pesticide, biological-control agents and trapping. Since many mosquitoes breed in standing water, source reduction can be as simple as emptying water from containers around the home. Mosquito breeding grounds can be eliminated by removing unused plastic pools, old tires, or buckets, by clearing clogged gutters and repairing leaks around faucets, by regularly changing water in bird baths, by filling or draining puddles, swampy areas, and tree stumps. Eliminating such mosquito breeding areas can be an extremely effective and permanent way to reduce mosquito populations without resorting to insecticides. Biological control is the use of living organisms to reduce the target populations of pests. Biological control includes the use of predators, parasites and pathogens (Eilenberg et al, 2001). It aims to reduce the target population to an acceptable level and at the same time to avoid side-effects to the ecosystem. As far as mosquito control is concerned, biological control measures integrate the protection of humans from mosquitoes with the conservation of biodiversity simultaneously avoiding toxicological and eco-toxicological effects. There are several types of biological control for mosquitoes including the direct introduction of parasites, pathogens and predators to target mosquitoes. Effective bio control agents include predatory fish that feed on mosquito larvae such as mosquito fish (Gambusia affinis) and some cyprinids (carps and minnows) guppies and killi fish.

“I have experimented many ways to get rid of mosquitoes, but the only solution found to be very effective is bio control”, says Mr. Dutta. The discovery of mosquito-eating fish is not new in the world. The tiny grey or grey-and-black fish were first used for mosquito control in the United States in the early 1900s. Stocks were sent to Hawaii in 1905 where they were credited with reducing the populations of the encephalitis mosquito. Mosquito-fish also helped to conquer the yellow fever epidemic that threatened to halt all work on the Panama Canal.

Guppy fish has been selected for bio-control. Dutta is of the opinion it is a tough fish and can tolerate wide range of water quality and moreover the cost of the fish and feeding is very low.

Guppies can be reared even in less polluted drains mixing with fresh water. They are best for home and can survive for long time at an aquarium as small as fifteen liters of capacity. They can survive many days without food and can be breaded easily. They can adjust in various types of water tanks. He affirms that results can be seen from the very first week. He has come out with a complete range of solutions for bio-control of mosquitoes by Guppy. For the benefit of public he has created a website www.biomosquito.hpage.com where he has given his own observations and collected all information about mosquitoes, their bio-control and suggestions for shapes and sizes of mosquito rearing tanks. Since Assam and the entire north east India is prone to mosquito related diseases, Guppies may become a life saver for the future if people are open to adopt such easy bio-control methods which is also aesthetically fulfilling. Dutta also provides Guppy breeds from his personal stock to people to want to experiment bio-control of mosquitoes with his method.

Thanks for publishing the

Permalink Submitted by Nripendra Kumar Sarma on Thu, 03/01/2013 - 11:30
Thanks for publishing the untiring efforts Er Dilip Dutta.I think, such Bio-Control approach can very well be initiated in Mlaria / Enchephelitis prone areas apart from the areas affected by Dengue.I have already reffered this to some of my friends working in PHED / NRHM etc. But actual exploratory approach is yet to be started. Then I started searching some village based NGO / CBOs working in some affected areas to take up such works within the area of their jurisdiction.Let us see, what happens?Thanking you.Regards.Nripendra Kumar sarmaGuwahati, Assam