One arrested in Bordumsa case

Police picked up a tea garden worker in connection with the Konapathar case where the owner of the tea estate and his wife were charred to death. DGP JN Chaudhury, who visited Tinsukia on Sunday said that a few more accused would be picked up within a day or two. According to information, nine workers have been accused and eight others would be arrested. The identity of the apprehended suspect has not been divulged so that the process is not hampered. 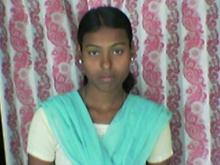 22 Feb 2009 - 9:38pm | Dibya J Borthakur
It is beyond imagination for one how a teacher threw off the future of his own student until one meets Bulti.Bulti Roy, a 17 year old girl from Dighliati village under Roha police station was going...