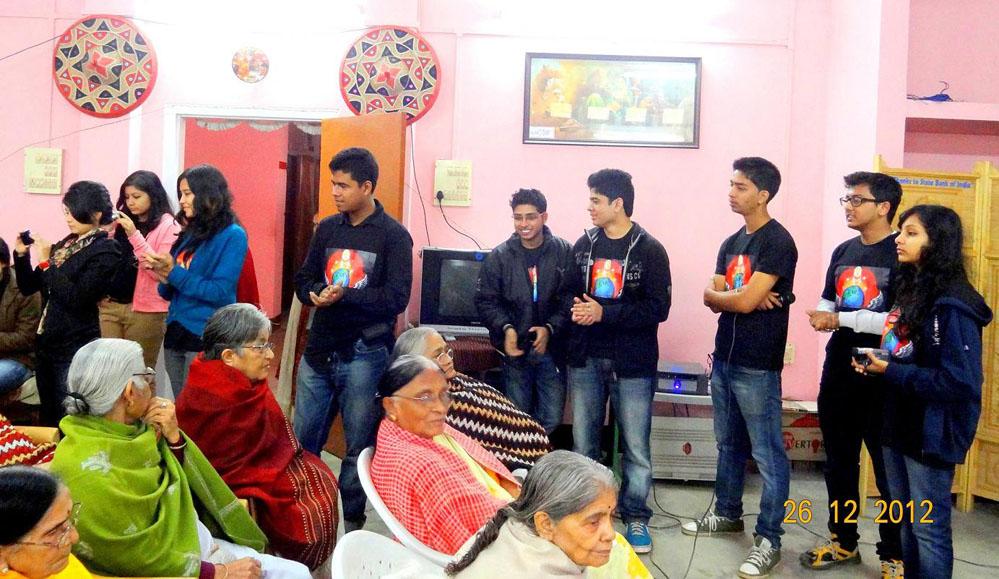 The members of the community organization, The Wings to Creation (TWC) has organized an Interaction Programme at “Amar Ghor”, an old age home, situated at Patharquarry, Guwahati on December 26. The programme titled “We Will Never Leave You” a TWC initiative to build a bridge between the young generation and senior citizens and to create awareness regarding the responsibilities of the people towards senior citizens. The programme led by Ritwik Bhuyan, President and Sampurna Das, General Secretary of TWC along with the young members comprising both school and college students visited the old age home. There was a discussion and interaction programme with the senior citizens in which questions were asked regarding their feelings and how they lived their lives and the need of old age home in the current scenario for unifying them to share a common interest. The programme was followed with a quizzical event in which questions from history of Assam, songs of the past etc. was conducted as well as the organization distributed handmade handkerchiefs as a token of love and traditional food items were served. The event was concluded with a Bihu Dance and Jatiya sangeet “O Mur Aaponar Desh”. It may be mentioned that the TWC will organize next programme among some of the road side children of New Delhi in January, 2013. An e-magazine named “INITIO” will be uploaded to highlight the different issues of society. Interested persons may connect with TWC at wingstocreation.wordpress.com or at Facebook– www.facebook.com/thewingstocreation.

9 Nov 2015 - 6:46pm | Hantigiri Narzary
The centenary birthday of Bodo poet Ishan Mushahary was observed at Kokrajhar Government College in Kokrajhar. on Monday. As part of the celebration, 100 earthen lamp were light up to mark the...

25 Feb 2018 - 6:15pm | AT News
KOKRAJHAR: Job hunters thronged in thousands at Kokrajhar as the BTAD headquarters hosted the viva test for recruiting fourth grade employees in the health and family welfare department....