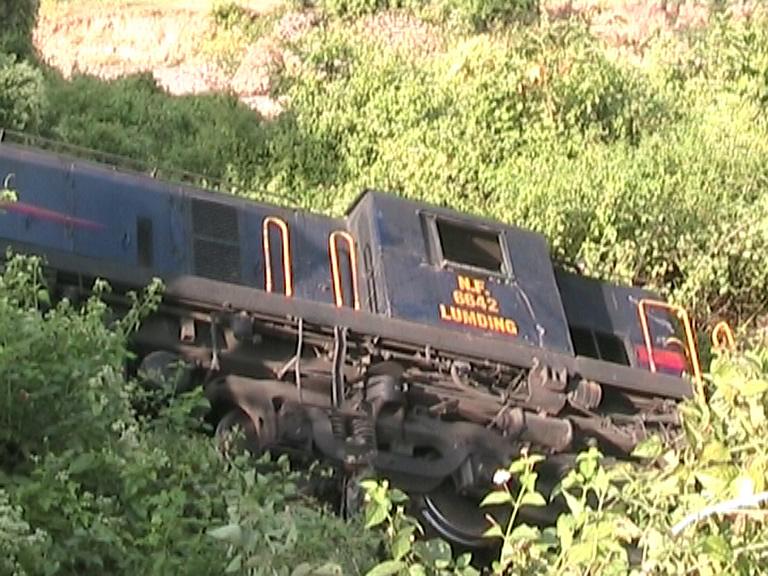 The first engine of a goods train bound for Lumding fell down in river near Dautuhaja Railway Station on Saturday at about 5.30 pm as the driver of the train violating the signal proceeded with heavy speed. Both driver and his assistant received injuries and shifted to Lumding. It is learnt that train was supposed to stop at Daotuhaja and only after getting the signal he should proceed but the points man who was basically a porter allowed the driver to proceed and the driver suddenly sped up resulting to derailment. The train communication however was restored immediately since there was no major damage on track.

Sri H. Malakar, Station Master, Daotuhaja disclosed it a was fault not any sort of sabotage.

24 May 2010 - 8:46pm | JayantaKumarPathak
For those willing to hone their skill in imparting education on wildlife and environment related issues , Aaranyak -- a scientific and industrial research organization -- has come up with a novel...