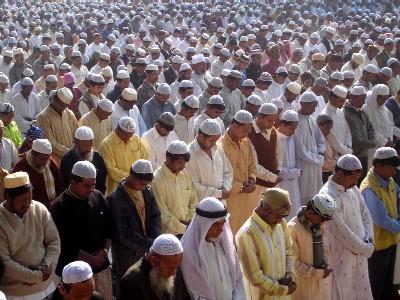 Muslim people celebrated Eid-ul-zuha across the north eastern region on Friday with much religious favour and solemnity. Reports of huge congregations for community namaj are pouring in from different parts of the region. This follows the officering of sacrifice of animals. Known as the feast of the sacrifice in Islam, Eid Ul Zuha is celebrated on the tenth day of Zul-Hijja, which is the last month of the lunar Islamic calendar, and also marks the end of the annual Haj pilgrimage. The festival of sacrifice, also known as the Greater Eid, is the second most important festival in the Muslim calendar after Eid-ul-Fitr, which marks the end of the fasting month of Ramzan. Muslims in large numbers offered special Eid prayers in various mosques in the city along with other parts of the region.

17 Aug 2015 - 8:27am | AT News
The Gauhati High Court is expected to hear Akhil Gogoi’s public interest litigation on Monday seeking its intervention in the selection of candidates for ACS, APS and allied services.With evidence,...

24 Sep 2015 - 8:32pm | AT News Itanagar
Arunachal Pradesh Chief Secretary Ramesh Negi reviewed the state’s over all development scenario when he interacted with the Deputy Commissioners through video conferencing on Thursday.Negi outlined...

2 Jul 2015 - 10:49pm | AT News
Three girls met watery grave when the boat ferrying them capsized on the river Burhi Dihing at Tengakhat on Thursday.The tragic incident took place in the evening when the boat was ferrying 5 people...