Demanding black listing of ‘Simplex Construction Company’ and immediate completion of the construction of ‘ National Highway approach road’ starting from Haflong post office to Jatinga point covering the distance of 9 km, the Dimasa Apex Body, Jadikhe Naisho Hosom (JNH) and the citizens of Haflong organised a road blockade programme on Monday at Haflong.

Hundreds of school children of several schools of Haflong blocked the main road at Haflong for several hours.
Later, several organisations of Haflong led by JNH submitted memorandum to the Deputy Commissioner, Dima Hasao Sri Barun Bhuiyan, with the request to take immediate action in this regards.

The memorandum stated that it was pertinent to mention here that the construction work of the firs 800 metres starting from Haflong Post Office to the District library point had commenced in the month of December 2011.But unfortunately, for reasons best known to the construction company, the construction of the above mentioned road has been stalled for more than ten months now, leaving the road in a most deplorable condition which is the main road in the heart of the town and was causing immense difficulty for the general public and the student' community. Further, the whole portion is full of potholes and fissures littered with construction materials, and it has become hazardous on the part of the vehicle owners commuters as well as pedestrians.

Moreover, it has been noticed that the students of the Don Bosco Higher Secondary School which was located adjacent to the main road is the worst sufferer along with their guardians who have been silently bearing the brunt of the callousness of the "Simplex Construction Company." In fact, quite a number of students were reportedly suffering from dust related ailments due to the massive pollution generated from the road construction site from the last 10 months.

In this connection the Jadikhe Naisho Hoshom (JNH), the Dimasz Apex Body, along with the citizens and students of Haflong town demands the "Black Listing" of "Simplex Construction Company" and to immediately complete the construction of the "National Highway Approach Road" starting from Haflong Post Office to Jatinga point which connects the East-West corridor at Jatinga. 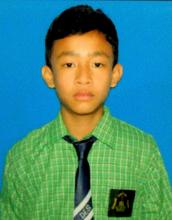 5 Sep 2017 - 10:19am | AT Staff Reporter
The recent apprehension of three school going students in an one year old death case of another minor school student has created sensation in Udalguri district.Sidon Basumatari (14) son of Bapan...

6 Mar 2014 - 9:06am | AT News
AICC poll panel is holding a close door meeting in New Delhi on Thursday to clear the list of candidates for the upcoming Lok Sabha polls.Earlier, the screening committee has prepared the list and...