A minor boy was killed and five others have been injured when a power grenade exploded a crowded market in Udalguri on Monday. The incident took place when two motorcycle born militants lobbed a grenade as they drove through a busy market, killing the minor boy and wounding five other people. Top ranked police and civil officials rushed to the spot. No outfit has so far claim the responsibility for the attack.

4 May 2015 - 9:25pm | Subhamoy Bhattacharjee
Despite non stopped rhino poaching Kaziranga has reasons to celebrate. There has been steep rise in swamp deer population in the national park. Forest minister Etwa Munda told reporters in the... 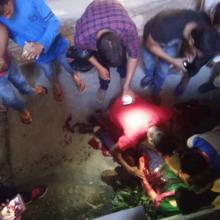 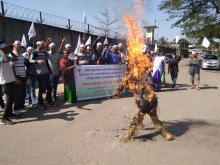