Acting on a tip off, army conducted an operation near Munaphichherra area in the district bordering Mizoram where Mantu Reang was killed and One Bidhu Ram Reang was held.

Army recovered one 0.22 rifle, one hand made pistol, ammunition and 3 mobile sets from their possession. Six of them escaped. They were allegedly involved in the kidnapping of Shekhar Deb, a businessman of Cheragi, on September 2.

26 Mar 2018 - 8:37am | AT News Dimapur
DIMAPUR: The National Investigation Agency, probing the terror funding cases is preparing to arrest senior political leader in Nagaland a day after it held three government officers whom they are... 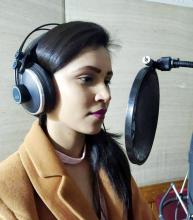