Army would counter rhino poachers in Kaziranga. Dispur has asked police to work jointly with army and para paramilitary forces to stop the repeated incidents of rhino poaching.
An anti-poaching squad would be set up in a day or two with focus on the 860 sq km Kaziranga National Park.

The move comes following the shooting of four rhinos within 48 hours. Two rhinos were hacked off. Forces would be allowed to take appropriate action against anyone involved in poaching.

2 Aug 2015 - 8:27am | AT News
Security forces have arrested two hardcore NDFB-S militants amid stepped up operation to flush out militants in the run up to the Independence Day.Identified as Biliphan Basumatary and Pinku Boro... 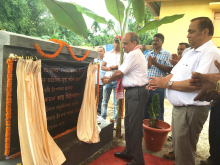