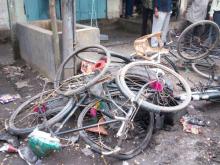 12 Jul 2012 - 6:36pm | editor
A major boost awaits Manas sanctuary in Assam along with the tea industry. DoNER has approved a comprehensive tourism master plan to be implemented by the North Eastern Region prepared by Tata...