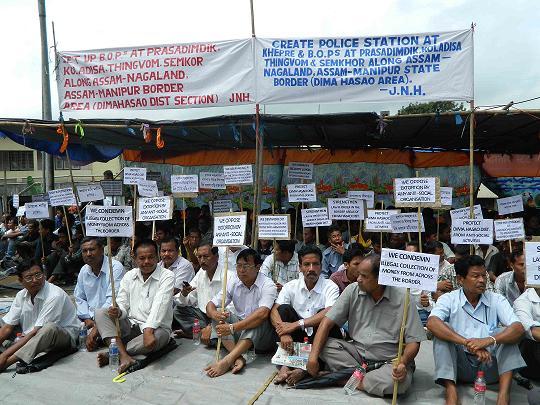 Demanding immediate establishment of Border out Post (BOPs) in the eastern border area of Dima Hasao district, the people of these bordering area led by Central Committee Jadikhe Naisho Hosom (JNH) Dimasa Apex body, and Wajao Block Committee staged Sit-in-Demonstration in front of the Deputy Commissioner's Office on Friday from 10 am to 3 pm at Haflong.

They disclosed that the people from other state always disturb all these people living in the area. Some time the people from neighboring state steal away their buffaloes. Even the armed militants from Nagaland also collect tax from these people. It has become serious concern for the people of Dima Hasao to check intrusion and encroachment by the outsiders.

Later they submitted a memorandum to the Shri Tarun Gogoi, Chief Minister, Assam, through the Deputy Commissioner, Shri Dilip Borthakur detailing their grievances and requested to do the needful.

9 Jul 2016 - 6:49pm | AT Kokrajhar Bureau
The All Bodo Students Union(ABSU) has warned for indefinite hunger strike from first week of September next if demand of separate Bodoland state was not meet early solution by August 15 next. In a... 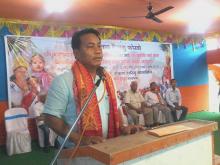