The Duliajan AASU unit has called for a 36-hour Oil India Limited (OIL) Chaka Bandh from Saturday morning to protest against OIL’s failure to honour the AASU’s 21-point charter of demands.

According to information, the student organisation will stop plying of OIL vehicles on the road during this period forcing the authorities to beef up security.

Speaking to Assam Times over telephone from Dibrugarh, the district AASU leaders say despite
repeated assurances, the OIL authorities, nothing has happened. “We are bound to continue our agitation,” they say.

Notably, the AASU inked a pact with the OIL in full view of the district administration in 1990 to fulfill the AASU’s 21-point charter of demands.

The Duliajan AASU unit submitted a memorandum on last November 12 to remind the agreement and requested the oil titan to fulfil the rest of the demands including shifting of OIL’s headquarters to Duliajan besides appointment of 500 unskilled labourers by November. 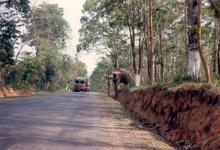