Paranjoy Guha Thakurta will attend Guest of the Month program

A daylong media orientation program with an aim for encouraging and developing ethical journalism has been organized on Thursday (July 26, 2012) at Guwahati Press Club. Paranjoy Guha Thakurta, an independent journalist and educator spanning 35 years of experiences in print, radio, television and documentary film-making, will attend the program as the resource person.

The technical session will start at 10 am, which will be open for the journalist-members of Guwahati Press Club. The interested journalists should submit their names to the office of the press club by Tuesday evening.
It will be followed by the Guest of the Month program at 3 pm in the same venue, where Guha Thakurta will interact with the media persons on various media related issues.

19 Sep 2015 - 6:52pm | Hantigiri Narzary
Hundreds of senior citizens in Kokrajhar discussed the various issued confronting them when they held a meeting at the Basic Training Centre Auditorium on Saturday.Presided over by Gauri Sangkhar... 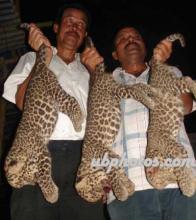