A full circle political blamegame centring around the Beltola violence is being hijacked to New Delhi to get more colour.

The political leaders hailing from Jharkhand have already reached the capital saying the Adivasi people are besetted with a plethora of problems and that the ruling clique, mostly the Congress party is responsible for these state of affairs.

And the state leaders? They are not laging behind. Former Chief Minister and the lone legislator from the Pragatisheel Asom Gana Parishad Prafulla Kumar Mahanta is camping here.

Not only that, the MLA from Kaliabor, being indicted in the secret killing cases by the K N Saikia Commission, has called on President Pratibha Patil and home minister Shivraj Patil and demanded an impartial probe in the mob violence.

Mr Mahanta apprehended that the Manisena Singh Commission may not be an impartial. He further demanded Mer Gogoi’s resignation saying he holds the home portfolio.

On the otherhand, Asom Gana Parishad heavyweights including president Brindabon Goswami are gathering here to stage dharna on Monday.

The central Congress leaders are also formulating strategies to face the short but crucial debate on Assam violence on Monday. 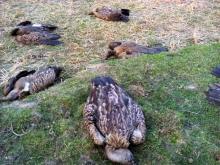 17 Mar 2016 - 2:18pm | Jayanta Kumar Das
In a very tragic and shocking incident six endangered species of Himalayan vultures died and two critically injured in Udmari village near Kalaigaon in Darrang district on March 16 due to poisoning.... 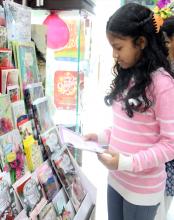 31 Dec 2017 - 10:24pm | AT News
GUWAHATI: Defying a pinching cold wave millions of people in the north eastern state of Assam bade good bye to 2017 and welcomed 2018 amid much fanfare and night long extravaganza. Sounds of...

21 Jan 2016 - 10:17pm | Hantigiri Narzary
Birhangaon of Chirang is all set to receive delegate and guests from all districts of the state, West Bengal state in the 55th annual conference of the Bodo Sahitya Sabha which is beginning from...