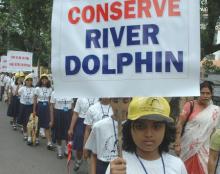 6 Jun 2008 - 1:20am | editor
Marking the World Environment Day, the Assam Chief Minister Tarun Gogoi today announced that the highly endangered river dolphin, locally known as the "Xihu" would now be the State Aquatic...

13 Jul 2013 - 10:06am | Peter Alex Todd
Some districts of Assam may be reeling under flood but over all there is big deficit of rainfall in the state, the rainfall also is less than the previous year during the period of June and July,... 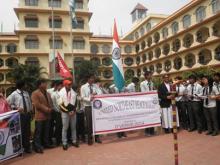