The Assam government on Tuesday launched an ambitious scheme which targets to achieve 16 goals for women and child welfare by 2016, including reducing the infant and maternal mortality rates, improving sex ratio and improving enrolment of the girl child in the state.

Titled as 'Chief Minister's Vision for Women and Children: 2016, the document also seeks to provide 33 per cent reservation for women in all skill development programmes of the state government, besides curbing child labour and trafficking of women and children within next four years. Releasing the document at a function in Guwahati, Chief Minister Tarun Gogoi said that the state marching on all fronts. He said that with this vision document, the government has fixed quantitative targets for development of women and children.

AIUDF MLA to be arrested

9 Sep 2015 - 9:51pm | AT News
Police men probing the rape charges against Gopinath Das have been searching the AIUDF MLA which is still on the run.A team of senior police officials simultaneously raided his residences in... 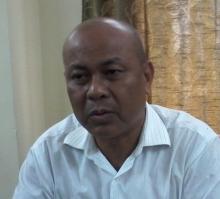