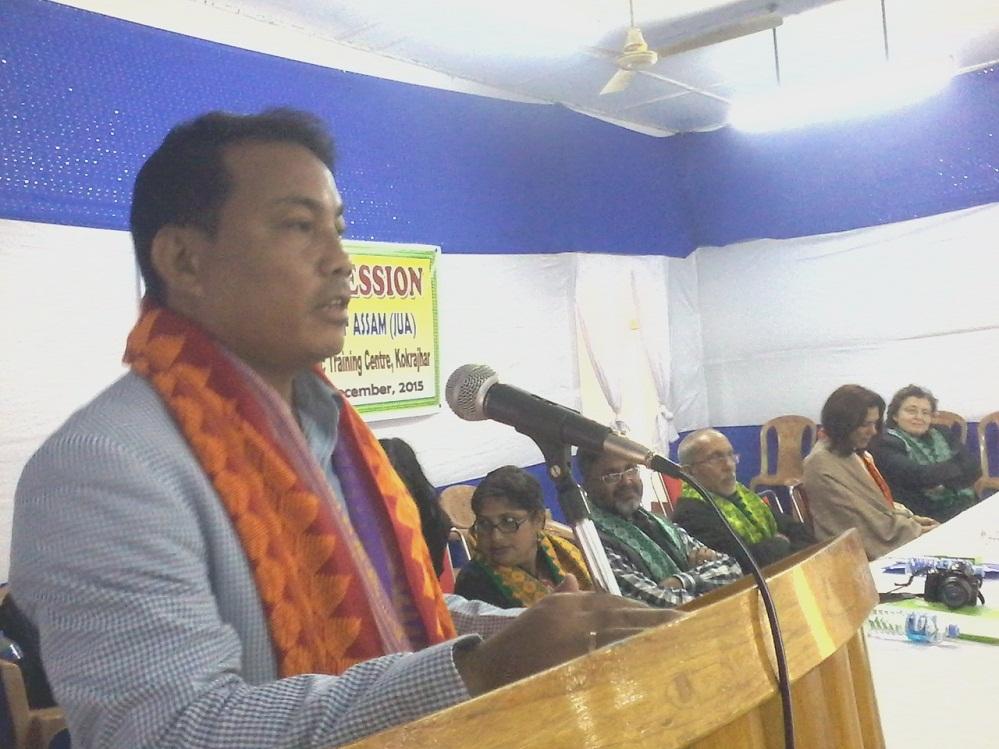 BTC deputy chief Kampa Borgoyary inaugurated the delegate session of the 19th annual convention of the Journalists' Union of Assam (JUA), which has got underway with two-day programme scheduled here at Basic Training Centre in Kokrajhar today.

Borgoyary, in his speech urged the journalist fraternity to be dedicated and devotion to the building of national integrity highlighting human resource as well social upliftment in the country. He said that BTC administration was working for all round development  since it's created under Sixth scheduled of Indian constituency through which region got ray of development and spirits of the social integrity.

Delegates from various districts of the state participated in the delegate session.

While, the 21st annual convention of Kokrajhar Press Club was concluded today with daylong programme scheduled in Kokrajhar.

An open discussion was also organized to discuss various issues and subjects  relating to journalism on the day.

Ansuma Mohilary, Kokrajhar DIPRO graced as guest on the convention.

6 Oct 2015 - 7:48pm | AT News Itanagar
The Bamin Tani Inter-School Badminton Tournament pulled huge crowd when it got off to a colourful start at Multipurpose-Indoor Stadium in Hapoli near Ziro in Arunachal Pradesh on Tuesday. More...