Train services on Friday remained heavily affected with several trains, including the New Delhi-bound Rajdhani Express, detained following the indefinite rail blockade called from by the All-Assam Bodo Joint Action Committee for Bodoland movement.
Thousands of picketers squatted on rail tracks at Bhatkuchi near Rangiya station, Kokrajhar and Gossaigaon since 5 in the morning demanding Bodoland.
The Rajdhani Express was detained at Rangiya. The other affected trains include Brahmaputra Mail, North East Express, Kamrup Express, Saraighat Express and Manas-Rhino Passenger.

23 Nov 2017 - 11:52am | AT News
NAGAON: Four persons died and at least 25 others sustained injury when the passenger bus in which they were travelling collided it's head on a truck in Nagaon on Thursday. The accident took place... 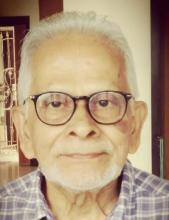 22 Jan 2019 - 8:39pm | Nava Thakuria
A senior Assamese journalist, who has worked for many years in Singapore will interact with the city based scribes on next Friday (25 January 2019). Hiren Phukan, now settled in the port city State,...