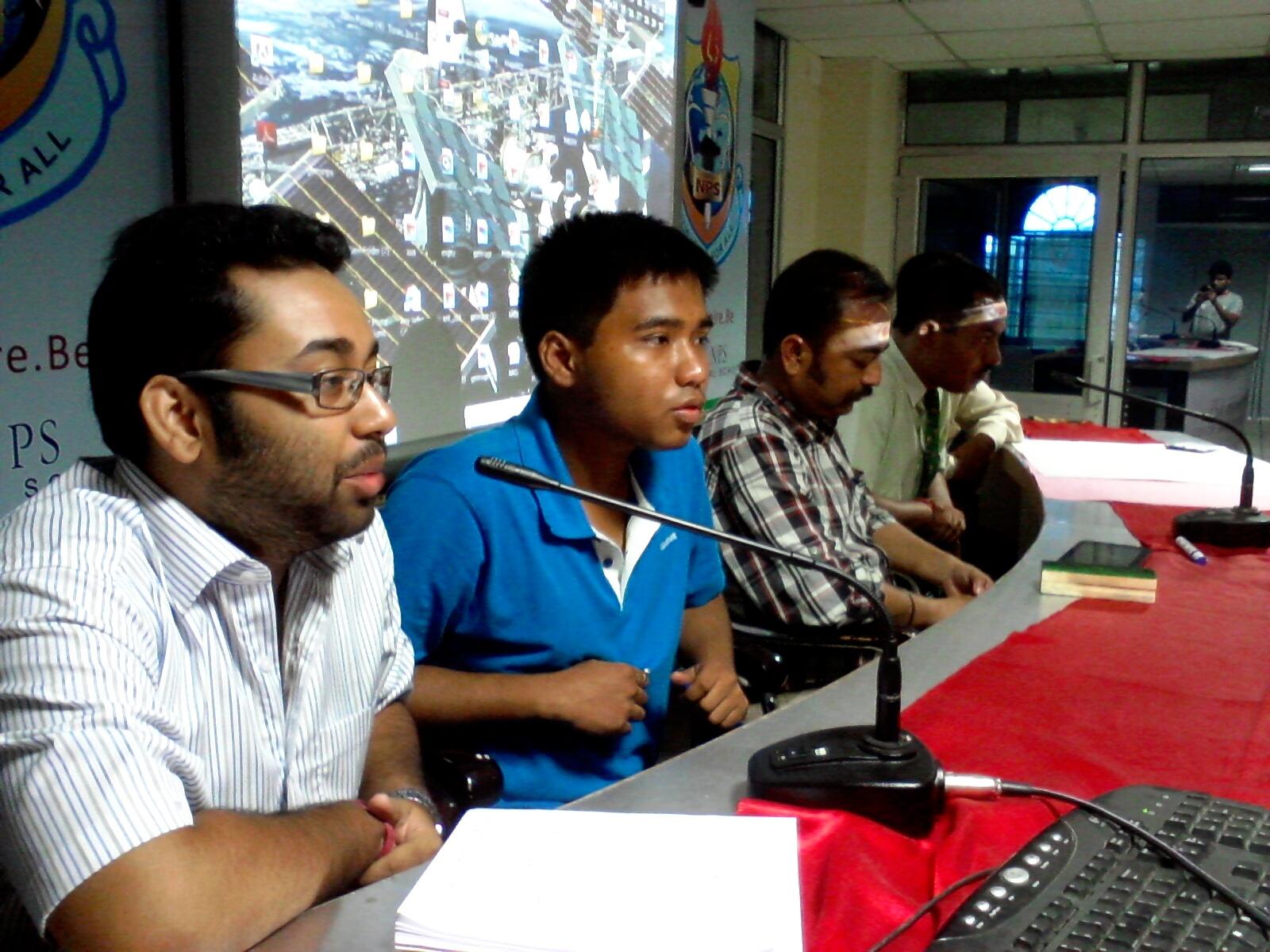 tve collectively called Television for the Environment and Television Trust for the Environment, UK in collaboration with the North East Socio-Economic Development Forum, NESDeF an NGO which aspire not only to promote environmental awareness among people in consonance with national and international interest but also associate to advance and disseminate learning and knowledge by a diversity of means available, for the first time screened a series of insightful documentaries titled Changing Climates on Tuesday June 5, 2012 at GEMS NPS International Public School-Guwahati. The principal concern was to create awareness and a cross platform for dialogue on changing climates. Guwahati is one of the five cities selected for scheduled documentary screenings alongwith New Delhi, Bengaluru, Ahmedabad and Bhuj with content support from Nokia.

tve make films which inspire viewers to lead a greener life, entrepreneurs and corporations to take up the sustainability challenge, parents to educate their daughters as well as their sons, women to stand up for greater empowerment, and decision-makers to think, and act, differently. It primarily covers stories ranging from climate change to gender equality, from conflict to culture and from health to human rights. Aiming to make people think, to inform, and spark debates, it has been inspiring change using the medium of films for nearly 28 years.

Attended by some 345 students between Classes 6 and 12, the post screening sessions were deliberated by resource persons Dr. Gaurav Deka, MBBS and Angshuman Hazarika, recepient of the 2012 International Climate Champions Achievement Award from the MP and Minister of State, Department of Energy & Climate Change, Greg Barker, UK, for his active involvement in the Climate Change movement. Also present on the ocassion sharing insights citing regional prespectives was Associate Professor of Biology and Climate Change educator, Samrat Bora, Arya Vidyapeeth College.

9 Feb 2017 - 5:58pm | AT News
Journalists’ Forum Assam [JFA] insists on continuation of Journalist Parag Kumar Das Memorial Award and urges the Sadin-Pratidin Media Group to take necessary initiatives in this regard. The forum...

Workshop on mushroom on Oct 26

22 Oct 2016 - 9:36pm | AT News
A day-long workshop on MUSHROOM ENTERPRISE DEVELOPMENT is being organised at Institutional Biotech Hub, Cotton College, Guwahati on October 26.  in association with Mushroom Development...