The Assam Assembly Speaker Pranab Gogoi on Thursday asked additional chief secretary PK Chaudhury to probe into the physical assault on PAC member Prasanta Phukan on Tuesday. Gogoi has asked the additional chief secretary to submit the report within a period of ten days saying that the persons involved in the incident would be given exemplary punishment. Notably, Phukan was physically assaulted by a group of four miscreants at the Nagaon Circuit House after he made an on the spot enquiry on some agriculture projects. 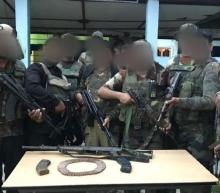 31 Jan 2013 - 9:23pm | AT News
People thronged in thousands at the Bhupen Hazarika Samannay Kshetra in Barpeta Road as the 72nd session of the Asam Sahitya Sabha is underway at. The main venue, this time, has been named after...