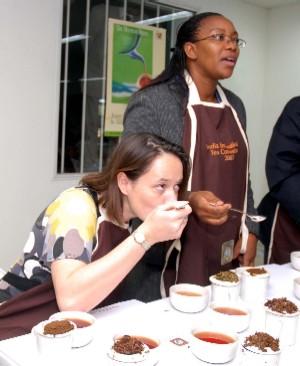 Assam is holding its first ever International Tea Convention at the Karmabir Nabin Chandra Bordoloi Indoor Stadium in Sarusajai. As many as 33 delegates from across the world are attending the grand event. The praise on the quality of Assam is pouring on. The convention is talking about modern technology to uplift the tea industry. The inauguration ceremony on Thursday was attended by Uinion commerce minister Jairam Ramesh, Assam Chief Minister Tarun Gogoi, his industry minister Pradyut Bordoloi and Tea Board of India Director.

Longchiui - yet to see the light of development.

5 Dec 2010 - 3:57pm | Anup Biswas
Longchiui, a village only 3 Km away from the Umrangso, the only industrial township of Dima Hasao is yet to see the light of development. The village was established by the affected people of Kopili...

An appeal to the people

5 Aug 2008 - 8:46pm | editor
We, the undersigned urge the people of Assam to celebrate the 61st anniversary of our Independence Day on August 15 in a befitting manner.We, the people of the State have inherited the spirit of the...