Police have filed a charge-sheet in the court against a doctor for allegedly raping his patient. The charge-sheet under section 376 of the Indian Penal Code, 1860, has been filed by the officer-in-charge of the Dholai police station on March 13 at the court of the Chief Judicial Magistrate in the district of Cachar after investigation of a case filed by a minor girl on November 27, 2011. 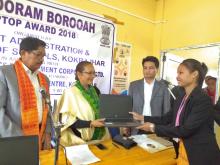 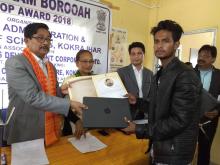 19 Feb 2019 - 10:29am | AT Kokrajhar Bureau
In recognition to their hard work and to boost their moral to uplift their competitive spirit, the District Administration, Kokrajhar in association with Inspector of Schools on Monday presented...

30 Apr 2014 - 11:41am | AT News
Army, police and CRPF claimed to have seized a huge grenade and two pistols from Jingia village in Bihali hours after three NDFB-S militants were killed in encounter on Wednesday.Identified as Asatom...