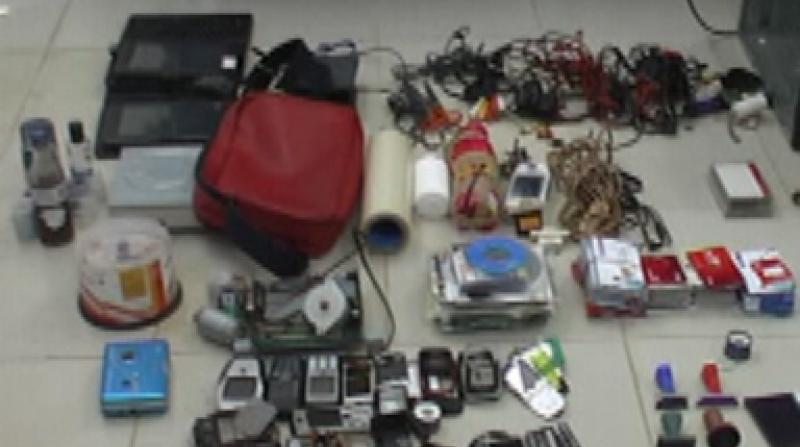 In pursuance of the investigation on the 31st blast at Muolhoi, the Assam Riffle, Army Intelligence and Police arrested reportedly one Pauman Khongsai @ PK @ Freeman @ Iron Kuki from Khungsai village in Haflong last night.

Police recovered one IED of 1.5 Kg, components for making IED, two PC Tab, sim cards damaged mobile sets etc. from the possession of the arrested cadre of Hill Tiger Force (HTF) who was involved in the 31st bomb blast at Muolhoi as claimed by the police.

The arrested Pauman Khongsai however denied his involvement and disclosed that he was the Information Secretary of KLO/KLA (Assam) who have surrendered before the government few months back at Guwahati and possessed a valid Identity card as surrendered cadre of KLO/KLA(Assam). He was also working for Socio- Economic and caste census. Now he has been handed over to the Haflong PS.

7 Jul 2014 - 9:29pm | AT News
Congress president Sonia Gandhi is likely to take a final call on the simmering dissidence within the Congress legislature party.Top AICC leaders told Assam Times that a worried Gandhi is keen to...