Chief Minister Tarun Gogoi Gogoi asked his ministers and officials to prepare district-level plans to deal with the draught-like situation in the state.

The instruction came up when Gogoi held a meeting of senior members of his ministry to deal with the drought-like situation in Assam. He stressed the need for taking water conservation efforts in all commercial and residential areas in view of the lack of proper rainfall.

24 Jan 2008 - 4:26am | editor
Amid tight security, Assam is going to the fourth and final phase of the panchayat elections in Darrang district from in the morning on Thursday. The polling is going on at 728 voting centers in the... 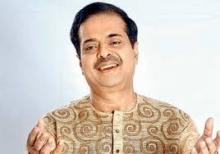 2 Aug 2016 - 10:08am | AT News
Eminent cultural personality and the chairman of Sangeet Natak Akademi, Padma Shri Shekhar Sen will attend the next ‘Guest of the Month’ program of Guwahati Press Club (GPC). The interactive session...